Just when you thought Bree Street didn’t have room for another eatery, a new brunch boutique named Syrup has arrived. What sets this new addition apart? The restaurant is a non-profit business that donates all proceeds to causes around the city. 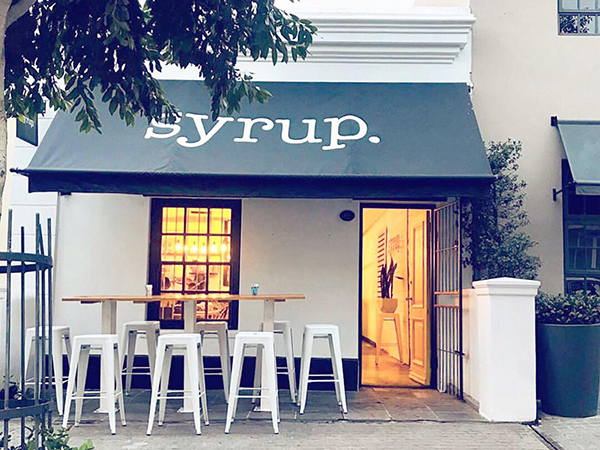 The exterior at Syrup on Bree Street. Photo supplied.

The new brunch restaurant is a concept started in 2012 in Oklahoma, USA, by foodie-and-pastor duo Ashley and Jason Kennedy. After visiting Cape Town and cooking breakfast for dinner most nights, the couple was inspired to open a restaurant based on brunch, but wanted to do it for a good cause. They opened their first Syrup restaurant in Oklahoma followed by a second in 2017. The two spots are what Jason and Ashley refer to as “impact-based” restaurants, where all profits are currently donated to two different projects (one in Oklahoma and one in Langa, Cape Town). “We want everyone to have the experience of eating well and doing good,” says their Facebook page .

Take your morning in your own hands by trying our Eggs Benedict. It’s the best in town, at least we think so! . . Our Grand Opening is Tomorrow!! #capetownbreakfast #artisancoffee #foodiesa #capetown #capetowncoffee #coffee #grandopening #breestreet

Since, the team has relocated to Cape Town, where it all began. Syrup Cape Town is located behind a yellow door at 231 Bree Street and is set to offer Capetonians a range of hearty American-style brunch dishes. Expect to see items like Morning Glory waffles topped with scrambled eggs, bacon and cheddar cheese; biscuits with a sausage gravy; filled bagels; waffle toasties; crunchy French toast; and, of course, coffee. 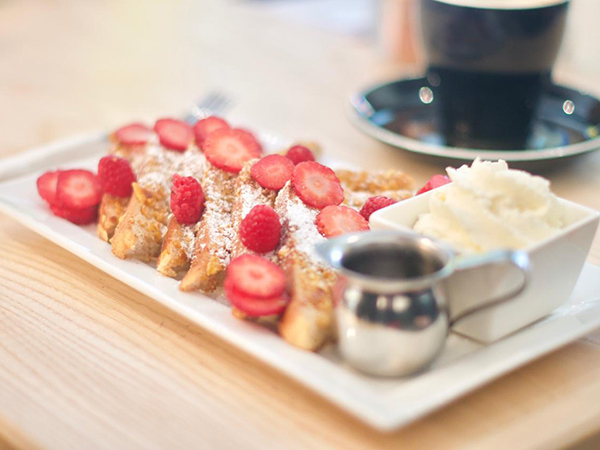 Syrup will officially open on 25 May 2019 and will be open from 7am to 2pm on Mondays to Fridays, and from 8am to 3pm on Saturdays.