For many, choux pastry brings to mind childhood experiences with grocery store éclairs filled with artificial cream and topped with sticky chocolate. These days, choux pastries are having a gourmet revival. In Paris, London, New York and Sydney, bakers are turning out Instagram-ready, pastel-coloured choux buns, gravity-defying croquembouche towers, and pretty Paris-Brests, piped with praline and dusted with gold leaf. Looking for some choux action in South Africa? We’ve got you covered.

Foxcroft (Constantia, Cape Town)
Foxcroft’s éclairs are meant to be both reminiscent of those served in Paris as well as something a little different to elevate the ubiquitous pastry. The options change often, but are sometimes made with craquelin, a crumble made of flour, butter and brown sugar. Placed atop the unbaked choux pastry, craquelin helps the choux to puff out in the oven and provides a crunch. At the moment you can get the raspberry éclair for R45. Filled with raspberry cremeux and raspberry purée, the éclair is garnished with tempered milk chocolate, a Valrhona Manjari cremeux and a sprinkle of freeze-dried raspberries. 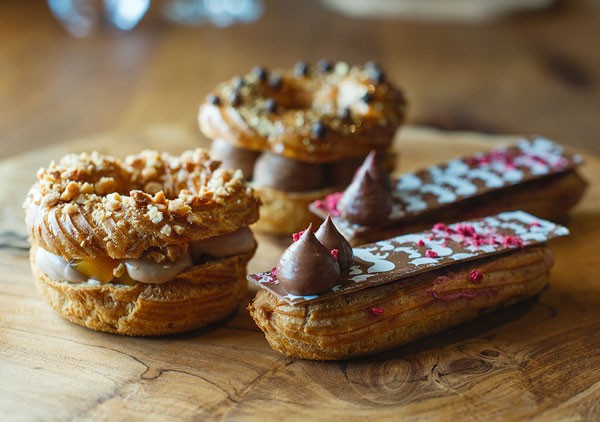 The delectable éclairs beside Foxcroft’s Paris-Brests. Photo by Claire Gunn.

Jason Bakery (City Bowl, Cape Town)
The Paris-Brest was created in 1910 by patissier Louis Dourand to commemorate the Paris-Brest bicycle race in Paris. Closer to home, baker Jason Lilley is making his own. Formed into the traditional wheel shape, the fresh choux is cut in half and filled with praline crème au beurre, a French buttercream blended with almond praline. It’s crowned with sugar-dusted almond flakes. Keep an eye on the Jason Instagram account to see on which Fridays they’ll be sold. Yours for R30. 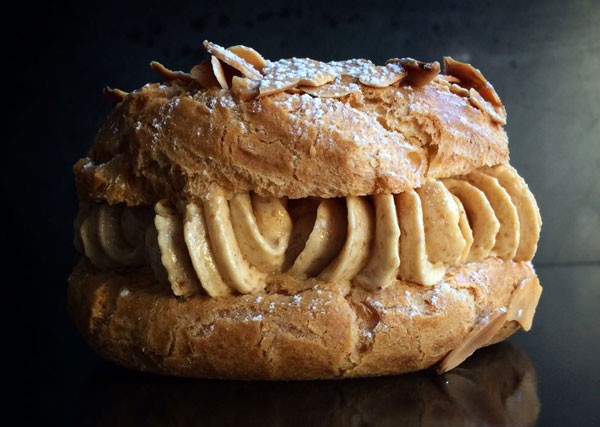 Patachou Patisserie (Rivonia, Johannesburg)
This team loves choux pastry so much that the patisserie is named after it. (In French, choux pastry is known as pâte à choux.) There’s a range of choux pastries available, from éclairs and religieuses to chouchou and Paris-Brests. The religieuses are a sight to behold. Popular in France, this creation comprises two filled choux pastries, one larger than the other, separated by a layer of buttercream. Patachou Patisserie makes them fresh and fills them with chocolate or coffee custard before dipping them in a chocolate or coffee glaze. The smaller choux is then set atop the bigger one and vanilla buttercream is lovingly piped around it. Nab one for R32. 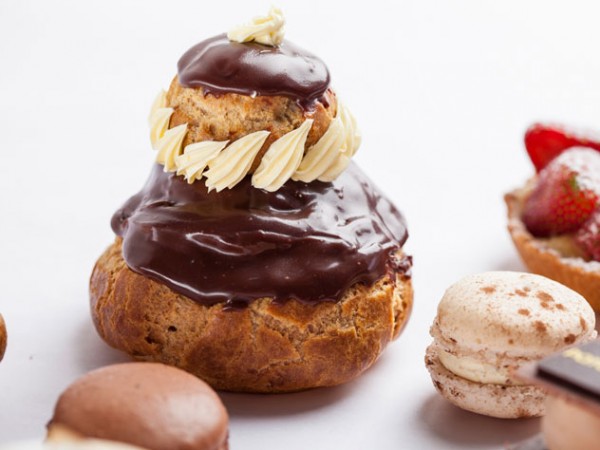 The impressive religieuse. Photo courtesy of the restaurant. 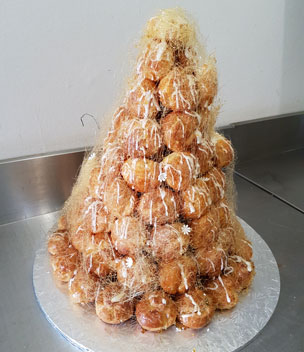 The showstopper croquembouche tower. Photo courtesy of the restaurant.

Patisserie de Paris (Blairgowrie, Johannesburg)
Croquembouche translates to ‘crunch in the mouth’ and Paul Zwick, pastry chef and owner of Patisserie de Paris, has been making these impressive towers for ten years, since one was requested for a wedding. Now several are made weekly, as substitutes for wedding cakes or centre pieces for banquets. Patisserie de Paris makes croquembouches fresh on the day to preserve their crispiness. The towers come either 40cm high, made with 80 profiteroles, or 60cm high, made with 120 profiteroles. The profiteroles are filled, either uniformly or with a variety of flavours. These could include vanilla crème pâtisserie, crème Chantilly, pistachio crème, caramel crème or chocolat crème. They’re then coated in classic spun sugar or a chocolate glaze, and flowers can also be added. Prices start at R1300.

Paquito’s Treatery (Harrismith, KwaZulu-Natal)
Though the mind doesn’t necessarily go to churros when thinking of choux pastry, the exact same batter is prepared for this Mexican treat. Except, instead of going into the oven, the butter, flour and egg mixture is piped into boiling hot oil to be deep fried. In South Africa, Paquito’s is quite possibly the king of churros, where they are stuffed with flavours like milk tart, Oreo, caramel and Nutella. R20 gets you one.

Brought to you by Land Rover Discovery

Discover new culinary gems around South Africa with Eat Out and the all-new Discovery. 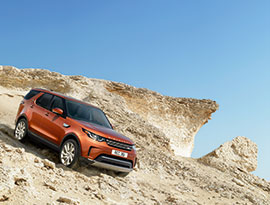 The all-new Discovery: It’ll get you into amazing places. It’ll also help get you out again. One of the many innovative features in the All-New Discovery is All-Terrain Progress Control. This manages the engine and brakes, so that the vehicle maintains a comfortable and steady off-road speed automatically. Leaving you to concentrate on steering a path through any far-flung landscape you find yourself in.