One man, one vision: The 2018 Eat Out S.Pellegrino & Acqua Panna Chef of the Year 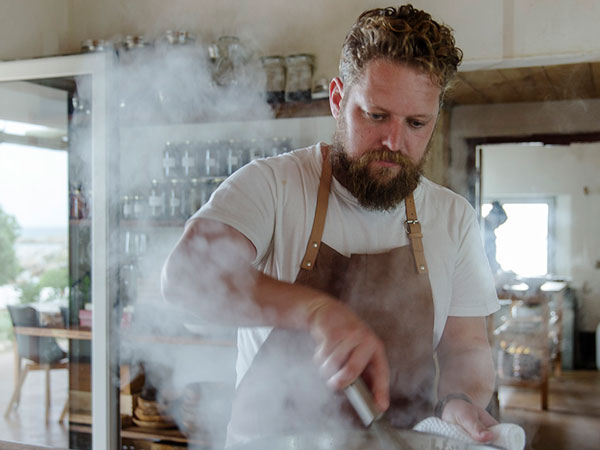 Darling of restaurant kitchens, internet and airwaves, Kobus van der Merwe is the winner of the 2018 Eat Out S.Pellegrino & Acqua Panna Chef of the Year.

He is surely one of South Africa’s most well-known chefs at the moment, but it’s not because he’s doing something mainstream – quite the opposite. His tiny eatery, Wolfgat, in Paternoster on the edge of the West Coast is where he pushes provenance to the extreme, with most ingredients on the plate being sourced within 10 kms, many of them from the rockpools and sand dunes in the surrounds. Soutslaai, dune celery seaweed and samphire appear alongside fresh seafood in the seasonal tasting menu.

To eat at Wolfgat is to be transported to another world, where time stands still and nothing matters but the taste on your tongue, the unbelievable whiteness of the sand and the waves crashing nearby.

Eat Out judging convenor Margot Janse says, “Kobus is a modern-day explorer. The honesty at Wolfgat is genuine and the food and atmosphere are in perfect tune with the environment.” 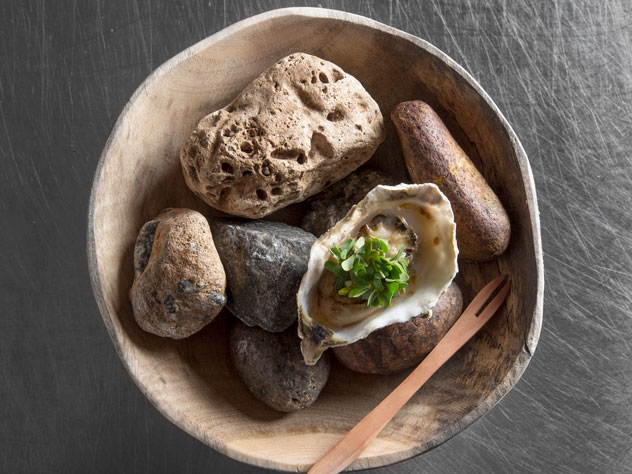 No stranger to these pages, Kobus won the Eat Out Nederburg Rising Star Award in 2014, and was voted for by his peers to win the Eat Out Graham Beck Chefs’ Chef Award in 2017. Another chef might succumb to hubris, but Kobus is steadfastly pioneering his food philosophy in a very honest, unique and intelligent way, free of gimmicks and full of flavour. One of the judges agreed: “At Wolfgat the ingredient is the hero; the ingredient is placed on a pedestal, not himself, like many other chefs do. Humble and unpretentious, Kobus is just doing what he loves to do.”

See all the winners of the 2018 Eat Out Mercedes-Benz Restaurant Awards.