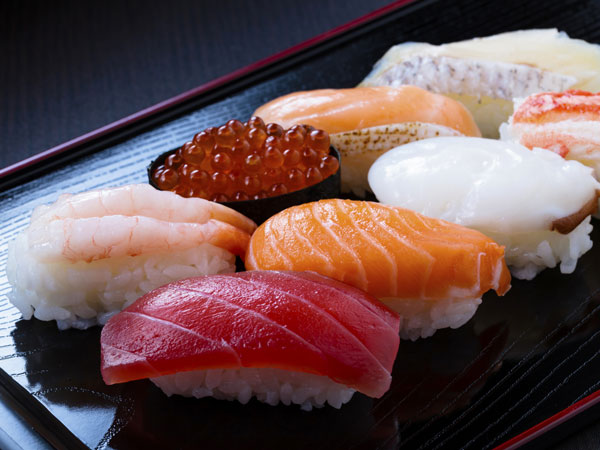 It’s been a favourite topic of debate amongst Cape Town diners for years: where is the best sushi in Cape Town? Sushi masters seem to inspire a particularly strong sense of loyalty in their patrons – and I’ve witnessed many individuals throwing shade on those who support a competing sushi house.

There are of course many more than five great sushi spots in Cape Town. The sushi specials at Sevruga, Beluga and Active Sushi offer great value and decent quality – and if you’re brave and don’t much value the concept of ambience, you can find extremely cheap sushi on Sea Point Main Road, or at many of the Food Lover’s Market branches. 1890 House Sushi and Grill in Obs has its supporters – copy ed Linda recently spotted Luke Dale-Roberts of Restaurant of the Year, The Test Kitchen, dining there. (She reveals that the top chef was wearing a fantastic pair of dinosaur socks). Minato – even post Papa San – also has a cult-like following. The sushi at Umi at the Marly in Camps Bay comes with a million dollar view. Heck, even Ocean Basket are making sushi these days. 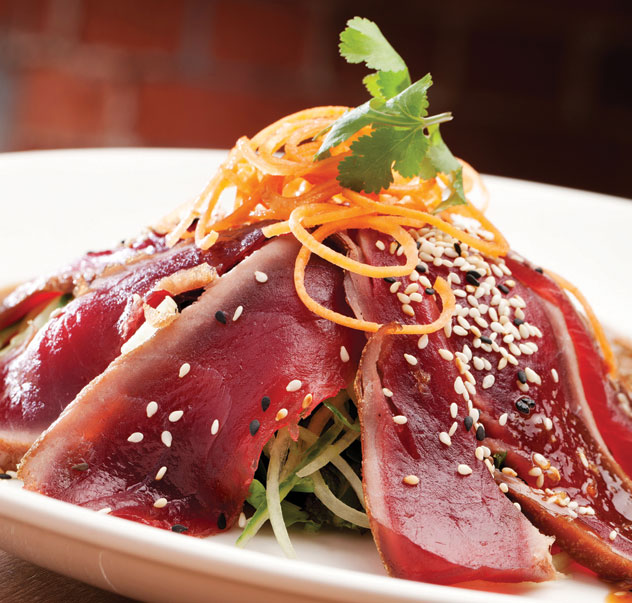 Tuna at Beluga. Photo courtesy of the restaurant.

But when looking for the best sushi in Cape Town – the best fish, rice and nori, most skillfully prepared – not the best value, best ambiance or best all-you-can-eat buffet – I found it a little easier to whittle down the contenders.

The following are my personal top five sushi spots. I haven’t ranked them – largely because I am scared of being lynched by my fellow Capetonians – but also because they each offer something slightly different. None of them come cheap – so save them for a special occasion in your future. 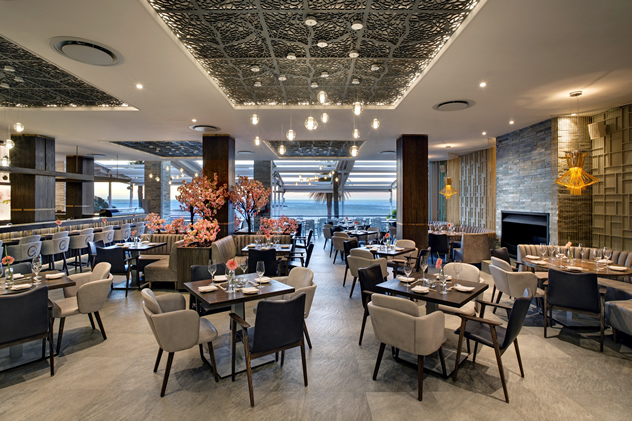 Umi at the Marly. Photo courtesy of the restaurant.

Izakaya Matsuri, Green Point
Tucked away down the alley behind the Rockwell Hotel, this is something of a hidden gem. There’s an excellent range of Japanese beers, saki and hot dishes – we’re fans of the miso soup and the deep-fried ice cream – but most importantly, the sushi is wonderful. This is not California roll territory: think spider rolls with crab legs, crunchy tempura eel, salmon, or spicy tuna, and even rice-free sushi. Turned out by the team that used to own Genki in Stellenbosch, everything is skillfully rolled by a team of veteran sushi chefs. The ambiance is a major plus too: cosy, warm and thanks to a sprinkling of fairy lights and lanterns, just a little bit magical

Kyoto Garden Sushi, Kloof Nek
This shrine to Asian cuisine won the award for Best Asian Restaurant at our recent awards ceremony – and with good reason. It’s much more than just a sushi spot – think umami-rich broths swimming with udon noodles, tender Waygu beef and sautéed mushrooms as richly flavoured as a serving of foie gras. But the sushi – if you decide to go that route – is indeed excellent. The flavours are fresh but full of depth – a far cry from that slight taste of refrigerator that you get in some sushi. It’s simply and elegantly executed with some interesting variations like farmed abalone, scallops and Alaskan King crab.

Nobu, V&A Waterfront
It’s in an entirely different price bracket – but if you’re feeling flush and are a sushi aficionado, this is some of the most beautifully, perfectly cut sashimi and sushi in the city. The chain’s master Nobu Matsuhisa is famous for his fusion of Japanese and Peruvian food, and you’ll find subtle hints in the addition of jalapeno, fresh coriander or salsa to sushi. Ambiance is a little cold in the manner of many hotel restaurants and yes, it’s as pricey as everyone says, but if we’re just talking about quality it deserves its spot on this list. 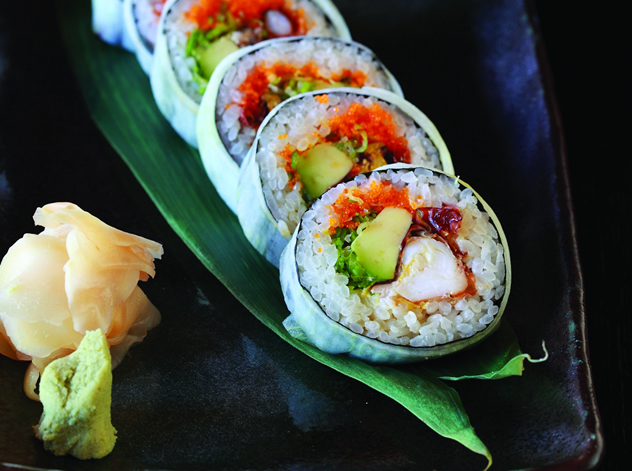 Nobu. Photo courtesy of the restaurant.

Takumi, city bowl
Papa San is a sushi visionary. His dishes are unusual – and sometimes wacky – served with end sections in tact on the plate, the cucumber, prawn tails or coriander leaves poking out like the hairstyle of a crazy cockatoo. The Original Special is comprised of only tempura salmon, tuna and avo and no rice (a genuinely odd texture experience), the coriander roll makes use of fresh coriander and yuzu lime mayo to lift the seared salmon and avo into something totally delicious. Some of it is a bit much for me – like the super crunch – tempura prawns with avo, cumber, spring onion, caviar, plus extra tempura crumbs. It’s also cut very thick – some pieces are larger than what can be decently fit into one mouthful. It’s very sushi. Much sushi. Sushi: the Doge version. 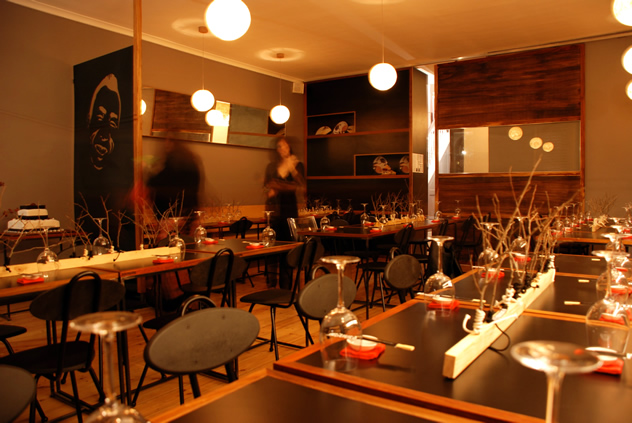 Takumi. Photo courtesy of the restaurant.

Willoughby’s, V&A Waterfront
I know this is a cliché – but Willoughby’s make some of the best technically constructed sushi in the Mother City. Dine here if only so you can weigh in on the debate. The rolls are neatly wrapped, the rice perfectly cooked, the fish beautifully cut. It’s probably not quite as good as Nobu’s impeccable sushi, but considering the price range (still pricey, but not major-debt-inducing), it’s pretty darn good. There are some inventive dishes – sushi filled with beautifully crunchy tempura, new-style sashimi and some tasty, tangy sauces. They are located, unfortunately, in a mall (which is sort of a travesty in Cape Town when great views are dime-a-dozen) but the queue outside and hum of clacking chopsticks creates something that resembles ambience. If you can’t handle the prospect of dining in artificial light, order your sushi to go and buy a ‘sky dining’ ticket to ride the Wheel of Excellence for R120 per person.