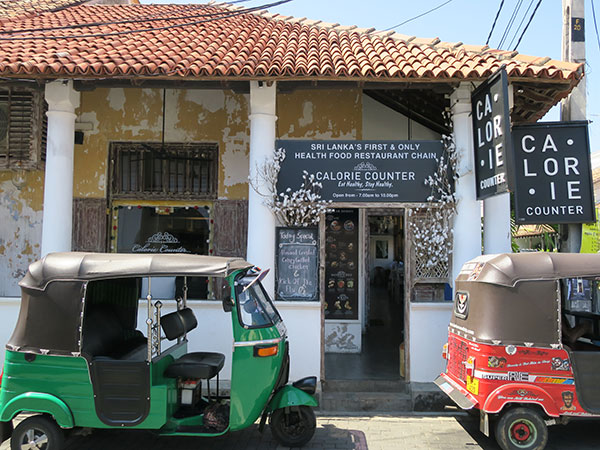 A more honest title for this story might be five reasons that I, Katharine Pope (née Jacobs) would like Sri Lankan food to become really, really trendy. (I enjoy eating curry for breakfast, you see.) But I’ve always thought that trend pieces are kind of self-fulfilling, and in this instance, I think the ends justify the means. (Also, as a person who spent a lot of time training to be a writer, I take offence when people only read the headlines.)

Fortunately, I was able to find some actual evidence to suggest we might be in for a wave of Sri Lankan restaurants – as soon as the market for poké restaurants has been saturated, that is. Here is the evidence, in handy point form, to make it easy for those of you actually reading this article. (I love you.)

In fact, it’s been big in London since 2016, when it was already necessary for someone to write a guide to five great Sri Lankan restaurants in the city. The Telegraph heralded hoppers as the new way to make pancakes back in February 2016, and The Guardian’s food critic Jay Rayner reviewed Hoppers, a London restaurant named for the famous Sri Lankan dish. In a staggering turn of events for the normally acerbic critic, it seems he actually quite liked it.

In fact, everyone keeps going on holiday to Sri Lanka. Just yesterday on the bus, I listened to a man recount, to his somewhat pained-looking friend, a summary of his entire holiday on the paradise island. But chefs, particularly, seem to be going there. Chef Bertus Basson of Top 10 restaurant Overture is there as we speak, eating crab curry and drinking Lion Lager. Liam Tomlin, current Eat Out S. Pellegrino and Acqua Panna Chef of the Year, was there in April last year. Young gun Emma Hofmans Fiedler (previously of Sunnyside Inn and Hallelujah) honeymooned there. It seems likely that at least one of them will make me a hopper if I ask nicely.

Single-dish restaurants are all the rage. And while part of the joy of Sri Lankan cuisine is its staggering variety, a restaurant dedicated to these carb-based beauties would be a good start. Hoppers, to explain, are coconut- and rice flour-based pancakes which come in three forms: 1) plain hoppers – a glorious bowl-shaped creation, crisp around the edges and spongey in the centre – which are great for dipping into curry; 2) egg hoppers, where an egg is dropped into the centre of the pancake and cooked until the white solidifies and the yolk remains runny; and 3) string hoppers, which looks more like a cake of two-minute noodles than a pancake.

“It’s a beautiful object, the off-white of ivory intricately patterned and friable at the edges. Tearing pieces off to eat them feels like an act of vandalism, but it’s irresistible, too,” said Jay Rayner of his hopper.

Avoiding gluten is really trendy (and also, for some people, an actual health issue we should take very seriously). But specially designed gluten-free foods are pretty grim. They’re often a funny texture – like those rice flour rusks that disintegrate on contact with tea – or they have a flavour that really interferes with their purpose as a vehicle for other, more important flavours like cheese or butter. But hoppers excel at being gluten-free. They were born to do it. The hopper’s magnificent edges are crispy thanks to, I think, the rice flour. The lightly fermented dough makes a beautiful spongy centre, where the dough is thicker. There’s no funny flavour – just a pleasantly sweet and sour tang.

5. Curry is the ultimate breakfast food

Breakfast cereals are terrible for breakfast. Start the day with Frosties, and I guarantee you’ll wolf down your lunch at your desk by 11am. Instead, I can recommend starting the day with a Sri Lankan chicken, fish, beef or vegetarian curry with various yummy sides. There’s lunu miris, a chilli and onion-based sambola given a kick of umami from dried Maldive fish; dhal curry; gotukola sambol, a chopped green leafy vegetable with coconut; pol sambola, a coconutty, chilli mix; and kiri hodi, a mild, coconut milk-based curry.

If that sounds like a lot, it’s because it is. (And that’s by no means an exhaustive list of possible dishes you’ll be presented with for breakfast in Sri Lanka.) But I promise you, it’s the answer to refusing the mediocre supermarket cake that’s in the office because Janice from accounts is having a birthday. 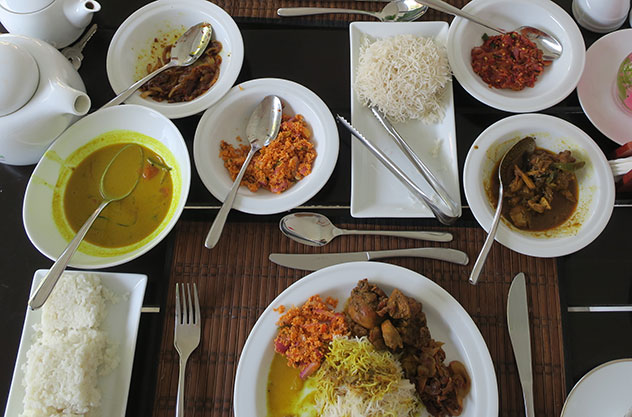 Sri Lankan breakfast for one, with string hoppers and milk rice, at The Secret Kandy in Sri Lanka. Photo by Katharine Pope.

Ideally, this article will encourage the people of Sri Lanka to open restaurants in South Africa, or at least semi-subtly suggest Bertus Basson add to his oeuvre with a Sri Lankan restaurant. In the meantime, I have purchased a hopper pan, and am currently trialing recipes for plain hoppers with lunu miris. I’ll let you know how it goes.