Ahead of the announcement of the winner of the 2017 Eat Out Woolworths Sustainability Award later this year, we’ll be running a series of articles highlighting ways that restaurants can be more sustainable. In the third of this series, we look at how restaurants can reduce food waste on a daily basis. (Want to know more about the award? Find out more and enter here.)

About one third of the planet’s food goes to waste. According to the UN Food and Agriculture Organisation, that’s 1.3 trillion kilograms of food that is wasted every year – enough to feed the 800 million people who go hungry worldwide, twice over.

Out of 31 million tons of food available in the country every year, one third (around 10 million tonnes of food) is lost in some form or other across the food supply chain. That’s enough to fill Cape Town stadium more than five times over every year. The energy used to process, transport and store that food could power the city of Johannesburg for four months – and the water could fill over 600 000 Olympic swimming pools.  According to Stats SA, around 7 million individuals reported experiencing hunger in 2016.

With all the other challenges of running a successful restaurant, sustainability issues like reducing food waste can easily be overlooked. But some local restaurants are leading by example when it comes to reducing their impact on the environment. Here are some tips on how to do it.

Help alleviate the hunger felt by 7 million South Africans by donating food that is past its prime but still safe to eat. Depending on scale this could be as simple as dropping off surplus with a small shelter in your area, or contacting one of the larger companies such as Food Forward SA (Formerly Food Bank SA).

Retailers such as Woolworths are leading the way by donating surplus food to a wide spectrum of charities every day. Woolworths donates food to the value of R485 million to about 1400 organisations annually.

Take a leaf out of major retailers’ books when it comes to handling your store cupboard. Woolworths uses ‘sell by’, ‘best before’ and ‘use by’ dates to guide customers and reduce waste. A similar system can work to reduce wastage in restaurant kitchens: mark food with a ‘serve before’ and a ‘donate before’ date, to help staff to manage stock and reduce waste.

Cape Town chefs Giles Edwards of La Tête and Ash Heeger of ASH Restaurant are making strides when it comes to championing the less popular cuts. By serving delicious, accessible renditions of trotters, brains and liver, the chefs are converting fillet fans to offal lovers one customer at a time. 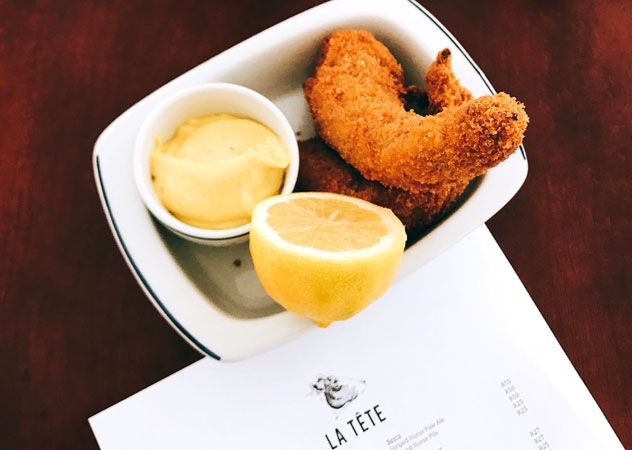 The team from 9th Avenue Bistro in Durban is also moving in this direction. Owner Gina Neilson explains: “We even use beef fat to fry our chips for the steak instead of oil, duck fat to roast potatoes, and duck fat for our brioche. Chef Charlie Lakin cooks everything, from rabbit tongues to kabeljou cheeks, and even fries their roe.” 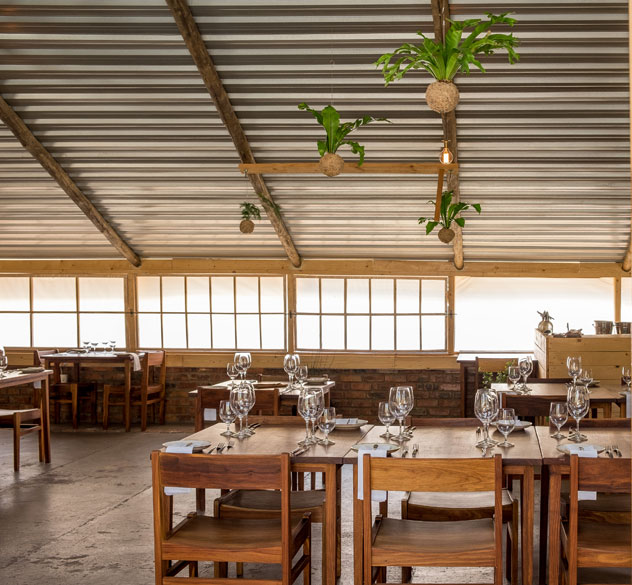 The simple yet elegant interior of Fermier. Photo supplied.

At Fermier in Pretoria, chef Adriaan Maree processes whole carcasses rather than prime cuts. “We have found the best flavours come from sections such as neck and flank, which would usually be discarded in restaurants. With a little extra care and slow preparation, we manage to make use of whole animals by means of charcuterie dishes, and bones are used for stocks and offcuts of meat for sauces,” he explains.

4. Make the most of veggie scraps

At Greenhouse in Constantia, head chef Ashley Moss challenges his team to compose a new dish with leftovers from the kitchen every week. His weekly wastage campaign is raising awareness about waste and looking at prep differently – and involving fans on Instagram. Many ingredients can be brought back to life again with smart cooking and careful seasoning.

The chemical structure of oil changes during the process of cooking. Ultimately, it can become dangerous and carcinogenic, which means that pouring used cooking oil down the kitchen sink or dumping it in a container in your refuse bag is not a safe solution. Just like plastic and other recyclables, the product will go to waste and unnecessarily contribute to already-heaving landfill sites.

Companies like Scope Oils are educating the community on ways to manage the disposal of cooking oil, and about the benefits of using biodiesel instead of normal fossil fuels. Scope Oils collects oil free of charge and actively promotes the safe recycling of waste products. Since 2009, the company has helped recycle thousands of litres of used cooking oil into biodiesel and other industrial products in order to lessen carbon emissions and create a smaller carbon footprint.

6. Turn your food waste into compost

Often the issue with composting is the number of food types that can’t be used. But composting systems like Bokashi can work with all food waste – including meat scraps. Coffee grounds and vegetable peelings can also be used in your compost, and eggshells are great for feeding worms, which in turn improves the quality of farm soil, explains Gina. 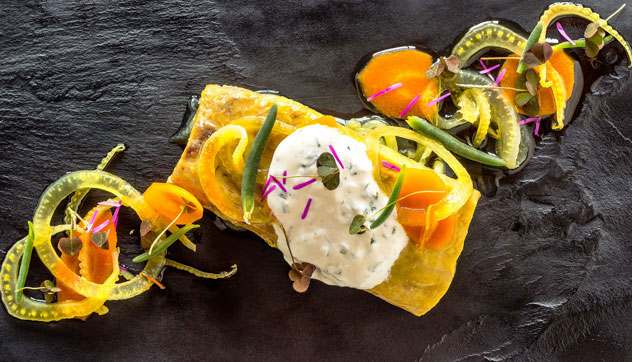 At Fermier, the restaurant was built parallel to two greenhouses, in which the team grows most of the vegetables on the menu. The greenhouses are run on an aquaponic system, in which tilapia fish are grown. Waste from the fish provides an organic food source for the plants. The fish are fed worms, which are farmed on the organic waste from the restaurant, creating a closed cycle of the vegetable from the beginning to the end of its usage.

Lastly, with the current water crisis in the Western Cape, and water shortages elsewhere earlier in 2017, it’s important that all restaurants are mindful of their water usage and adhere to strict water-saving techniques. Check our tips on how to save water here.

Woolworths is committed to reducing the amount of waste sent to landfill from its own operations, using recycled content in products and packaging, and making it easier for customers to recycle through clear and transparent on pack labelling.
Woolworths is also increasing its focus on reducing food waste in the supply chain, operations and customers’ homes. Woolworths will continue to increase efforts around waste reduction across the entire value chain, including suppliers, operations and with customers.