The Accidental Foodie: Lazy lunch at The Foodbarn in Noordhoek

“Where shall we go for lunch today?” asked B when we woke up on an ordinary winter’s Saturday. We had both had a busy week and felt like a little treat. “Winelands, Constantia, Noordhoek?” she continued.

“Well, we need coffee from the Waterfront, so maybe we should stick closer to home.” I said. (Home being in Tamboerskloof.)

“But just think of the drive on the coastal road…”

“What did you have in mind?” I asked.

“The Foodbarn,” she said. We had not been to Franck Dangereux’s bistro in Noordhoek for some time.

It also happened to be a beautiful sunny winter’s day and the drive through Hout Bay and Chapman’s Peak would indeed be a treat: “Look at the city that we live in,” we sighed, as we had done so many times before.

To our surprise, The Foodbarn filled up in no time once we’d arrived. Come to think of it, it should not have been a surprise at all. “It has a real friends-and-family vibe,” said B, as we noticed that our table was the only one occupied by fewer than four people. 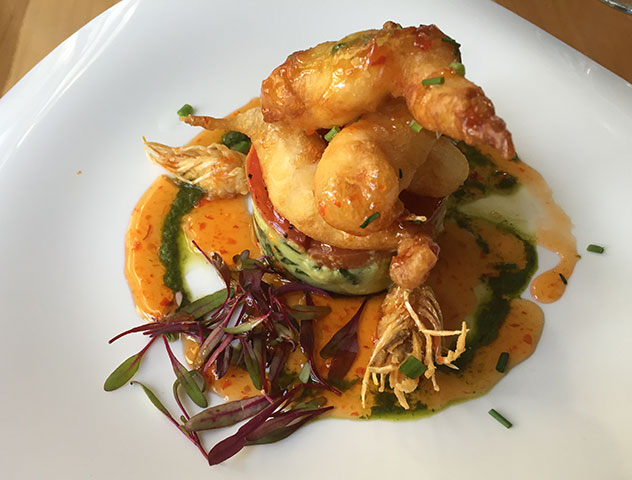 I ordered the popular prawn fritters for starters and B the ravioli. We decided on a Buitenverwachting Husseys Vlei sauvignon blanc and skipped the wine recommendations on the menu. Her ravioli was delicious; my prawns had a bit too much sweet chilli sauce for my liking.

B ordered the sirloin steak for mains and I, the risotto. I loved mine, but her steak, of which I got a generous bite, was sensational. That would certainly be my choice next time. “Sublime,” she said of her chargrilled meat. 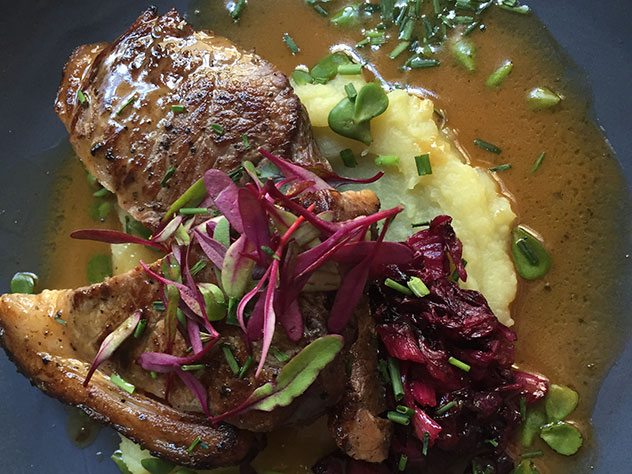 The wine, we decided, was in a class of its own and perfectly cooled.

For dessert, B ordered the yummy dark-chocolate-and-peanut croquette, and I, a selection of homemade sorbets.

We left just in time for the big rugby. What a pleasant afternoon at a restaurant that’s clearly a firm favourite with the locals, which is always a good sign.