It was the end of an era when the Constantia Uitsig Estate changed hands and the three restaurants on the property closed in 2014, but exciting developments are now afoot. A mountain bike track has already opened, a tasting room is on the cards and we hear rumours of a Bablyonstoren-style garden planned for the property.

Meanwhile, the new restaurant in the old River Café space is slated to open this month. Headed up by restaurateur Neil Grant – of Bocca and Burrata fame – in collaboration with business partner Barry Engelbrecht, the space is to be called Open Door Restaurant and the opening date has tentatively been set for the week of 17 May 2015.

While Burrata is a past winner of Eat Out’s award for Best Italian Restaurant and Bocca’s imported pizza oven is justifiably popular, Neil says Open Door won’t be another Italian spot. “It’s going to be very different,” he explains. The menu will be a more modern contemporary style affair, as befits the wine farm location. 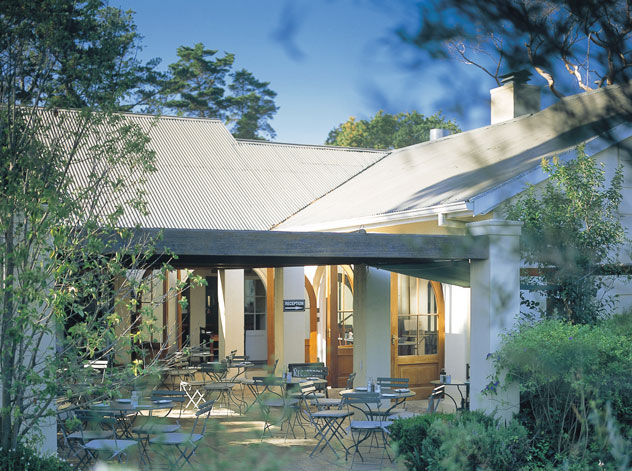 The old River Café space, prior to renovations.

Chef Annemarie Steenkamp – who helped set up both of Neil’s previous restaurants – is on board again, and this time she’s been given free reign. “It’s going to be sophisticated, but not fine dining,” says Neil. “We want to have fun on the floor.” Some of the ideas for the lunch and dinner menu include a pulled veal belly, roasted duck with blood orange glaze and a beef tartare with black bean hummus, kimchi and fried Brussels sprouts.

There will also be a café-style menu available for lunch, and once the restaurant has gotten into the swing of things, the space will open for breakfast. Former pastry chef at The Tasting Room at Le Quartier Français, Christine de Villiers, will be in charge of the breakfasts, and all the breads and croissants will be baked on site.

There will, however, be a very serious wine offering – Neil was once the sommelier at Top 10 restaurant Rust en Vrede, after all – and a 1000-bottle, temperature-controlled wine cellar has been fitted. Neil promises wine, beer, sake and cocktail pairings in a more relaxed setting. “We have a kitchen table, rather than a chef’s table, and the wine pairing will be more a case of ‘this is what I’m opening tonight’ than a formal wine pairing.”

In addition to the wine cellar, the space has undergone renovations by InHouse Brand Architects – who also worked on Bocca and Burrata – and has been opened right up. “It’s one of the most ambitious spaces we’ve done,” says Neil. There is now an open kitchen, but the old wooden floors and fireplaces have been retained, which is great news for winter. An outside deck also features.

“There are going to be some exciting changes for the estate over the next two or three years,” reveals Neil. “We’re really excited to be a part of it.”