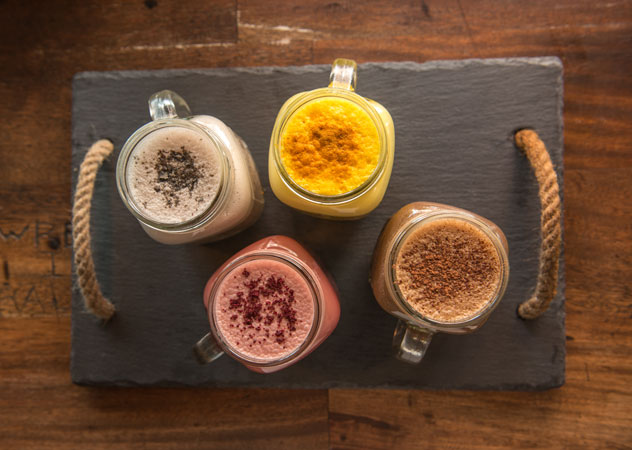 Childhood pals Michelle Legge and Tamara Joubert are behind the bar. They decided to master the art of making delicious superfood- and vegetable-based beverages after tasting turmeric- and plant-based blends on a trip to Ubud, Bali. 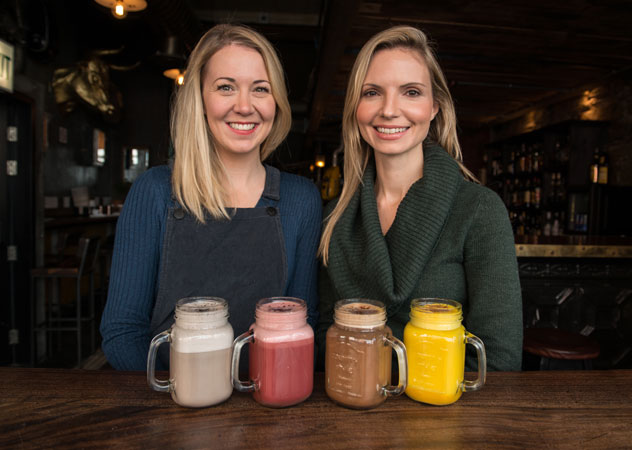 This is no coffee drink; it’s made with a base of hand-pressed coconut and almond milk with black pepper, Himalayan salt and coconut blossom nectar for sweetness. The hot, creamy drinks are then supercharged with so-called superfoods such as turmeric, ginger, macca, cocoa, coconut, chaga mushroom, ginseng, sesame, spirulina and more. 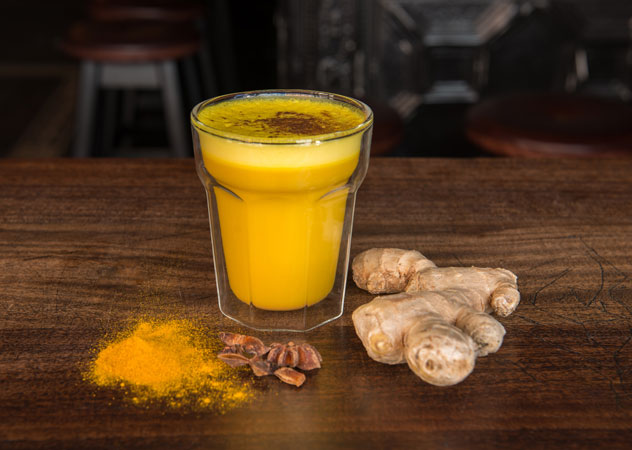 The golden milk latte made with tumeric and ginger. Photo supplied.

As for the latte flavours, Superlatte has four different options, each with its own ‘super power’. The signature drink is the ‘Golden Milk’ turmeric latte, which lists the anti-inflammatory and antioxidant powers of turmeric among many of its health benefits. Other flavours include the red-velvet beetroot latte that’s said to lower blood pressure, a sesame brittle latte with ginseng for the liver, and the immune-boosting black forest latte made with chaga mushroom and black cherries.

You can get your health kick at the Superlatte bar at the Oranjezicht City Farm on Saturdays from 9am until 2pm.