10 of the world’s most expensive restaurants 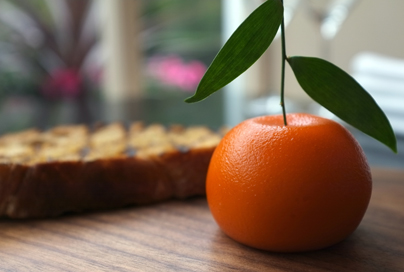 I’ve long believed that South Africa offers great value for money when it comes to food. It’s possible, after all, to get a decent chicken burger at Hudson’s in Cape Town for R39, when you’d be hard-pressed to find a potato and baked beans at a UK chain pub for the same price. When it comes to fine dining, the differences are even more pronounced. At our current restaurant of the year, The Test Kitchen – also the best restaurant in Africa, according to The World’s 50 Best Restaurants – it’s possible to get the full gourmand menu (which varies between eight and ten courses) for R800, without wine. To sample a tasting menu at the best restaurant in America or Europe, you can expect to pay between R2500 and R3500.

Of course, you’d also expect to be earning a lot more if you lived there, so it’s not really a fair comparison, but it does mean that South Africa offers exceptional value in fine dining to tourists. In the interests of convincing you to keep eating locally, I bring you 10 of the world’s most expensive restaurants*. 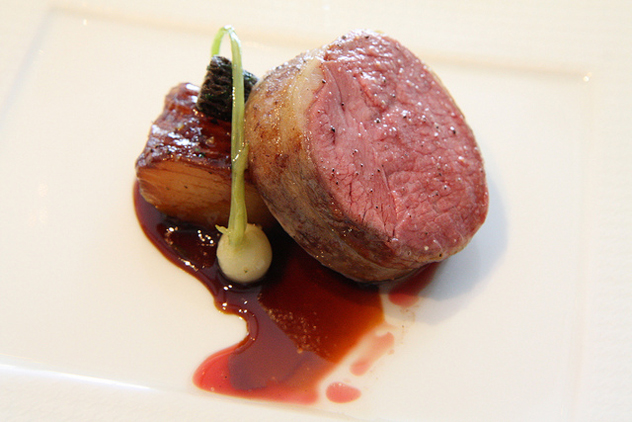 On the menu at Thomas Keller’s New York restaurant is something called ‘Bayley Hazen Blue’, which is served with cherry ‘jam’, Sicilian pistachio ‘streusel’ and vanilla-bourbon ‘gastrique’.  It’s written like that, in inverted commas, which is a sure sign that it’s going to be expensive. Sure enough: you’ll pay $310 for a set menu. (At least tax and service are included – they usually aren’t in the USA).
Price per head: R3347.81 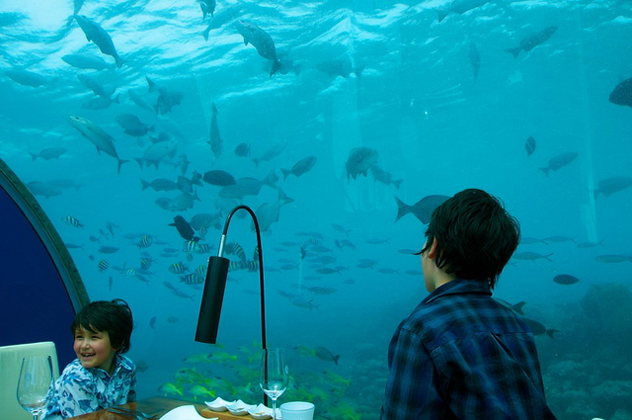 I’ve always been suspicious of restaurants with fabulous sea views and it seems likely that, located as it is five metres below the surface amongst the coral gardens, this restaurant is charging a slight premium based on location. A six-course dinner, with dishes such as a crispy mascarpone cheese and truffle dumpling with edamame beans, alfalfa sprouts and espelette chilli, will set you back $320 per person.
Price per head: R3434.77 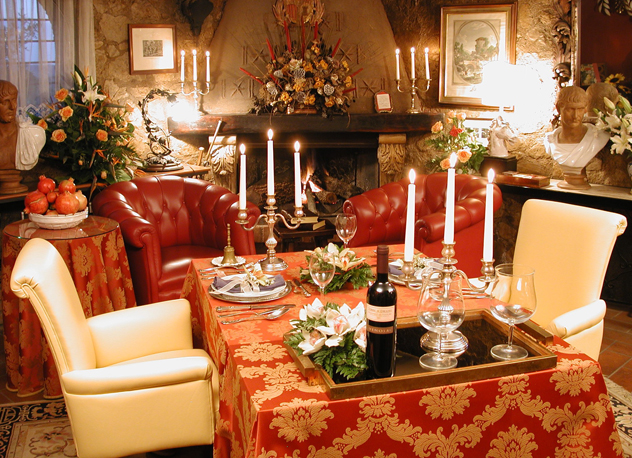 The interior at Solo Per Due, Italy. (Presumably the spare chairs are for relaxing after the meal.) Photo credit: Solo Per Due.

With a name translating as ‘just for two’, this restaurant will serve just you and your partner devotedly for the bargain price of €250 (excluding champagne and fine wine, of course). Amusingly, they do not accept credit cards.
Price per head: R3640.31 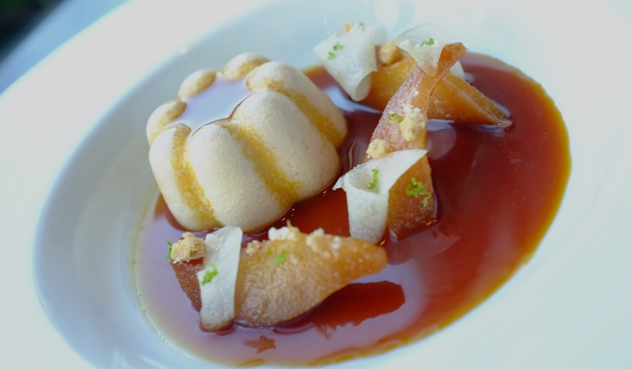 Heston Blumenthal’s London restaurant usurped The Fat Duck to become the best restaurant in England at this year’s World’s 50 Best Restaurants. The chef’s legendary ‘meat fruit’ starter made with mandarin, chicken liver and foie gras is yours for £17.50, but you’re looking at around  £200 for the chef’s table tasting menu. (You can get a tasting menu for £5 less at Heston’s The Fat Duck in Bray).
Price per head: R3676

Located in Crissier, this restaurant has three Michelin stars. It also has a section on its website entitled ‘The Sensory Experience’, a sure-fire sign of an expensive price tag. You can either dine here, or rent a room in a trendy apartment in Cape Town for a month. The 11-course tasting menu includes blue lobster, white scallops and something that Google Translate tells me is ‘marshmallow of cherries loud filberts’. Yours for 370 CHF.
Price per head: R4431.31

5. Maison Pic, France
Three generations of the Pic family have won this restaurant the coveted three Michelin stars and current chef, Anne-Sophie Pic, won the World’s 50 Best Restaurants’ Best Female Chef award in 2011. Pay 320€ for the ‘Essential’ menu, a ten-course extravaganza including langoustines with green zebra tomatoes, young goat and mille-feuille with Tahitian vanilla cream jasmine jelly, and a Voatsiperifery pepper emulsion. (The latter is a real thing; I googled it.)
Price per head: R4659.60

4. Masa, New York
The sushi counter at Masayoshi Takayama’s restaurant is sanded daily to keep it in a soft, porous state and the menu boasts dishes like white truffle sushi rice rolled in white truffle shavings, so it’s not a great surprise to learn that the omakase menu costs $450 a head.
Price per head: R4859.00

3. Aragawa, Tokyo
Famous for its steak, Aragawa sources its meat from purebred Tajima cattle raised in the Sanda region of Hyogo Prefecture, where only a few are selected for the designation of Sanda beef. The meat is flavoured only with salt and pepper, and cooked over Binchōtan hardwood charcoal from the Wakayama Prefecture. The carrots and beans look quite pedestrian, though.
Price per head: ± R5000 for a single steak 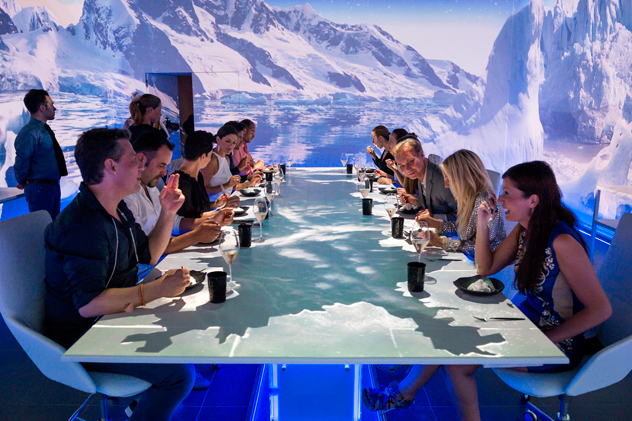 ‘Sublimotion is much more than a physical venue; it is a set of emotions; it is a space and time travel capsule; it is a platform that pushes you towards unique sensations; it is a pleasure intensifier,’ gushes the restaurant’s website. It opened this month on that paragon of taste, the island of Ibiza, to supply guests with a spot at the 12-seater table, 20 courses and an audiovisual assault for the bargain price of €1500, plus 10% VAT. The first reviews are not entirely complimentary.
Price per head: R24 043

*Prices are approximate, and based on exchange rates on 17 June 2014.