You may remember the buzz in January when Dunkin’ Brands, the US company behind two popular international food chains, Dunkin’ Donuts and Baskin-Robbins, signed a franchise agreement with Grand Parade Investments Ltd (GPI) to begin developing both the Dunkin’ Donuts and Baskin-Robbins restaurants in SA beginning with Cape Town and Johannesburg. The South African investments group has said that more than 250 Dunkin’ Donuts restaurants and more than 70 Baskin-Robbins shops will start popping up in South Africa over the next few years. They have now revealed that the very first one is to launch in the Mother City by the end of June 2016. 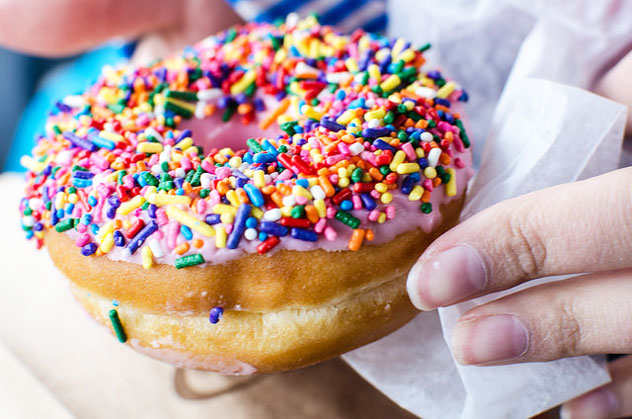 A strawberry sprinkles donut from Dunkin’ Donuts. Photo by M01229.

“The first four shops will be in Cape Town,” revealed Grand Parade CEO Alan Keet.”We will only get into Johannesburg early next year. We have five that we’re keen on, which might open simultaneously, but the focus for now will definitely be Cape Town.”

As reported by Reuters, there will be a spend of about R200 million to bring the brand into the South African market.

According to the group, the aim is to launch the first store within the remainder of its current financial year, which falls at the end of June 2016.

Dunkin’ Donuts is one of the world’s leading coffee and bakery chains, with more than 11 500 restaurants in 40 countries worldwide. The doughnut restaurants in South Africa will feature the brand’s range of hot and iced coffees, teas, sandwiches, bagels, and, of course, their famous deep-fried dough rings.

This exciting news follows the announcement of the second Krispy Kreme store launching in Sandton, with the brands joining other newly arrived international names such as Starbucks and Burger King.

The address in the Mother City is yet to be announced, but stay tuned to Eat Out for more.