Eat this now: cinnamon and pecan-nut sticky buns for breakfast at Open Door in Constantia

Delicious breakfast in a beautiful winelands setting? What’s not to love? This is exactly why we’re excited that Open Door, the fairly new Constantia Uitsig restaurant, has started serving the most important meal of the day. The breakfast menu includes a host of lip-smacking items best enjoyed on the terrace overlooking the mountains – most notably a fabulous flaky pastry, the cinnamon and pecan-nut sticky buns.

Executive pastry chef Christine de Villiers is showing off with these rich, flaky, nut-filled bundles of pastry. They are delectable, especially when enjoyed fresh out of the oven with a coffee on the side. 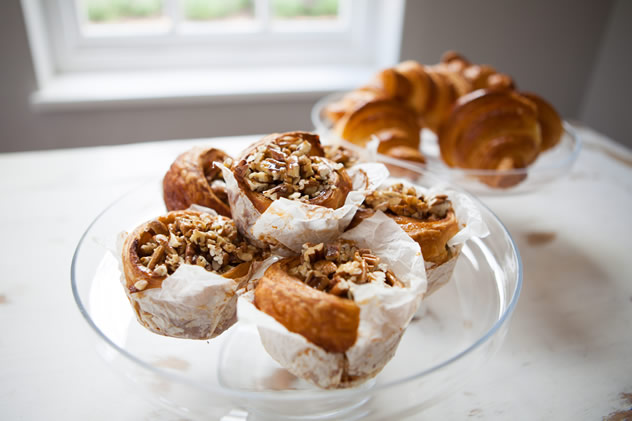 Croissant dough is rolled out and sprinkled with cinnamon sugar, then rolled into a cylinder and cut it into wheels. The buns then go into a jumbo muffin tin, along with a spoonful of caramel sauce. They’re left to proof until they double in size and are then baked for 25 minutes. Roughly chopped pecan nuts and another spoon of caramel sauce are added before the buns are baked for a further 8 minutes until golden. “I’m the lucky one who got to taste all the testers until we ended with this specific pastry!” says executive chef Annemarie Steenkamp.

Open Door is the latest venture of restaurateur and sommelier Neil Grant and business partner Barry Engelbrecht of Burrata (Eat Out Italian Restaurant of the Year 2013) and Bocca, with Annemarie completing the trio. The restaurant opened in May 2015 in the former location of the iconic River Café at Constantia Uitsig. 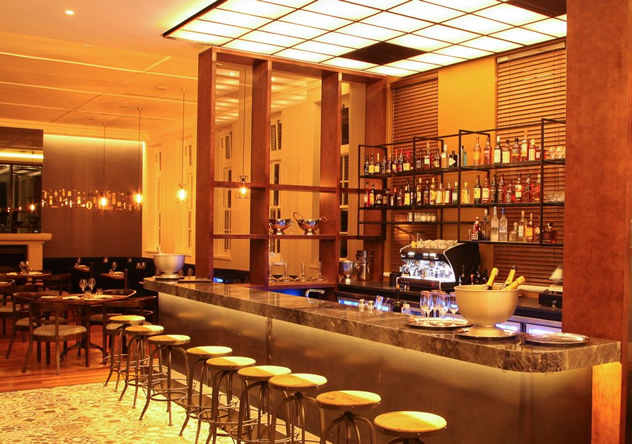 The interior at Open Door Restaurant. Photo courtesy of the restaurant.