The good, the bread and the ugly: the artisan toast trend 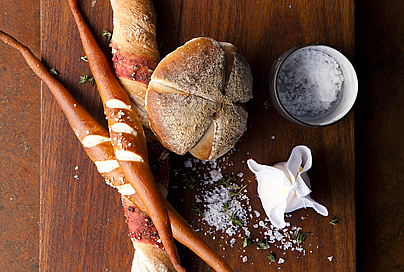 The original version of end-of-the-month Salticrax, bread is the most versatile and reliable of all the food groups. It’s comforting; it’s warming; it’s satisfying. It smells like home. If it were possible, we’d sleep inside a soft loaf and eat our way out every morning. Our love for bread stretches beyond the boundaries of occasion, style and budget. From a crust slathered in ouma’s jam to a curry-crammed bunny chow and melba toast topped with foie gras, bread is the great leveller. And, unsurprisingly, it makes a turn every few years as a new trend.

Despite the universal appeal of plain bread, fancy versions are on the up in the South African restaurant scene. Eat Out editor and awards judge Abigail Donnelly recommends the bread at both restaurant of the year The Test Kitchen and David Higgs’s Five Hundred (with its palette-inspired butter arrangement) and the baked offerings at legendary Île de Païn in Knysna and Babel in Klapmuts. Previous chef of the year George Jardine has just opened a new bakery attached to his restaurant, Jordan, and he serves dangerously delicious mini vetkoek with garlic aioli before dinner. 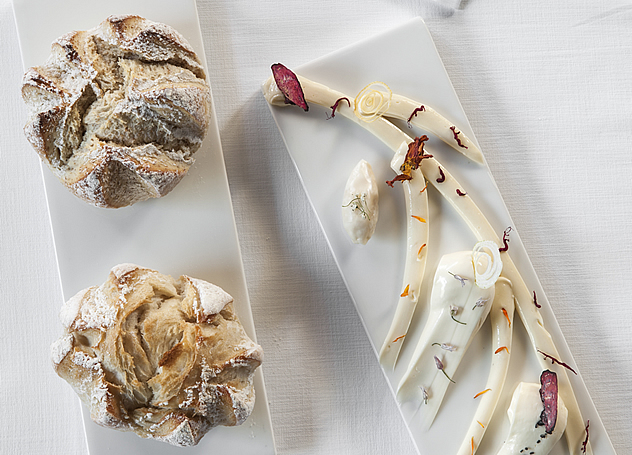 Makaron is trying something different with their breadboard, too. Chef Tanja Kruger tells us that besides milk breads, sourdough rolls and Swedish knakerbrod, they also do cheese bread ‘branches’ and a bread soup (yes) made from a sourdough starter and served with burned butter on top. And she’s getting even more adventurous: “We’re working on a bread made from ancient grains of spelt, amaranth, quinoa and millet. It’s completely gluten free and tastes great.”

The Tasting Room’s Margot Janse still has her tin-can cornbread on the menu (her customers won’t let it go), and Jackie Cameron of Hartford House is currently serving a breadboard influenced by her own childhood memories and those of her staff, with Indian chilli bites with patta (a spicy mixture wrapped in amadumbi leaves), Afrikaans mieliebrood and English health bread evoking comforting flavours of the past. While dependable daily bread taps into our nostalgia, it still seems to ignite our imagination too.

What is artisan, anyway?

These days, the term ‘artisan’ is bandied about all too often, translating (in its most cynical interpretation) to paying a premium to a hipster for something your grandmother used to make. But in the bread world, the word is steeped with tradition, history and pride. 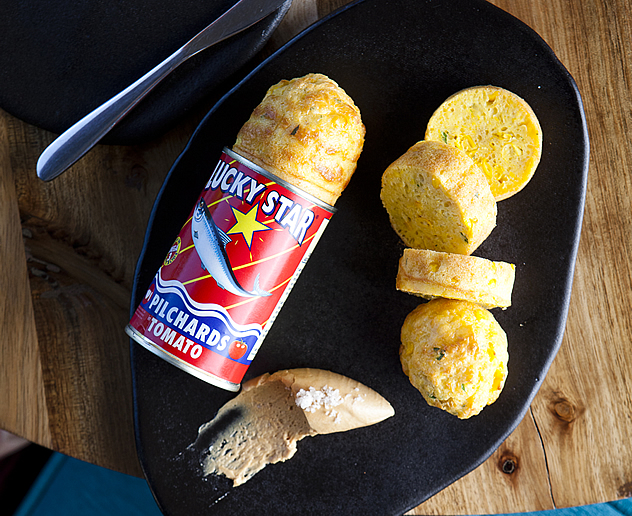 Matt Repton, founder of Vovo Telo in Port Elizabeth (now a country-wide franchise), is considered to be one of SA’s first champions of a proper loaf. He makes it sound like poetry: “Artisan bread is made with your hands. It should be created using stone-ground flour, and is characterised by loose, highly hydrated dough that is fermented for long periods. These long fermentation times elicit the complex nutty flavours we’ve all come to love. When everything comes together, the bread will have a dark, golden, russet crust with an open crumb. It will often, if baked correctly, make a crackling sound and when it does we say that the bread is singing.”

Pauli Coetsee, baker and co-owner of The Bread Gypsy, winner of the bakery category at the 2013 Eat Out DStv Food Network Produce Awards, is just as passionate about artisan bread: “Artisan anything means hand-made. For us it refers to an old-world process: gentle mixing, slow fermentation, good baking. It’s like a code of traditional methods.”

Ignore these time-honoured techniques and you will get what’s on most supermarket shelves, or what Matt likes to call “a perfectly artificial product which lasts forever and tastes of nothing. A homogenous white brick.”

The toast of the town

That’s far from what they’re trying to do in San Francisco right now with artisan toast, however. Whether or not you think a $40 slice of white bread is worth it, the trend isn’t actually that new. Jonathan Shaw, owner of Warm & Glad in Johannesburg, reckons it all started with Toastbox back in 2005. This Singaporean coffee shop hearkens back to the 1960s and 70s, where the common breakfast was a fragrant cup of Nanyang coffee accompanied by freshly toasted bread. The words they use to describe this bygone era give clues as to its appeal: warm, nostalgic, fond, good, and old times.

Jonathan’s favourites at Toastbox are their perfect peanut butter toast (one of their specialities) and hainanese kaya, which is a sweet egg and coconut spread. He reckons that if someone local could do interesting toppings like that, a toast restaurant could really work in South Africa. “But it would have to be simple, comfortable, modern and fast. Probably also with excellent coffee…” 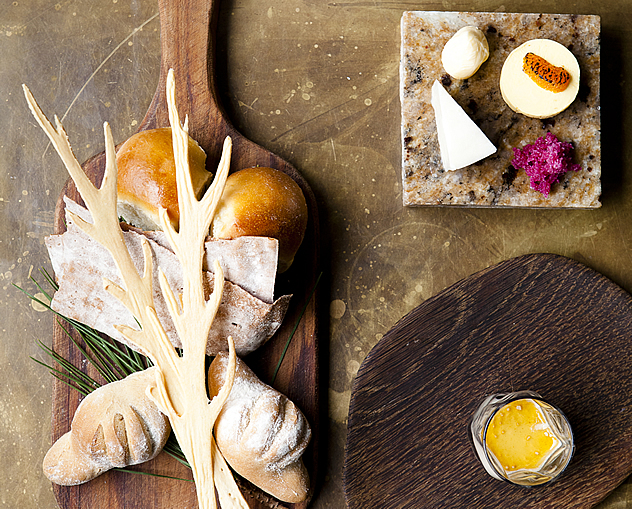 Most likely to start the artisan toast trend in South Africa

We glanced at our article of where hipsters go to graze for reference to predict who’s most likely to start an artisan toast trend this side of the world.

They do simple things like bacon croissants so well that we expect great, buttery toasty things from them. Also, the owner Jason Lilley – and his impressive tattooed forearms – was featured in the 2014 Eat Out magazine. Very cool.

They have elevated old-school mac ‘n cheese and buttery burger buns to new heights. Plus they already have a captive hipster audience, with a place to lock up your fixie (that’s a ‘fixed-gear bicycle’ to us nerds) in the front and a skate ramp out back.

They already brew their own craft beer, the Cowbell Pilsner, and have perfected classics like sausage and mash, so it’s not a stretch.

They say entering their venue is “like walking into a movie set for an off-beat indie film.” Enough said.

According to fans, they already make the city’s best gourmet sandwiches and their name includes a quirky animal. Done deal.

Because their new menu (from 10 February 2014) features a “small plates” section, almost every dish of which includes a slice of their special toasted bolo de caco, an authentic Mozambican-style ciabatta bread. 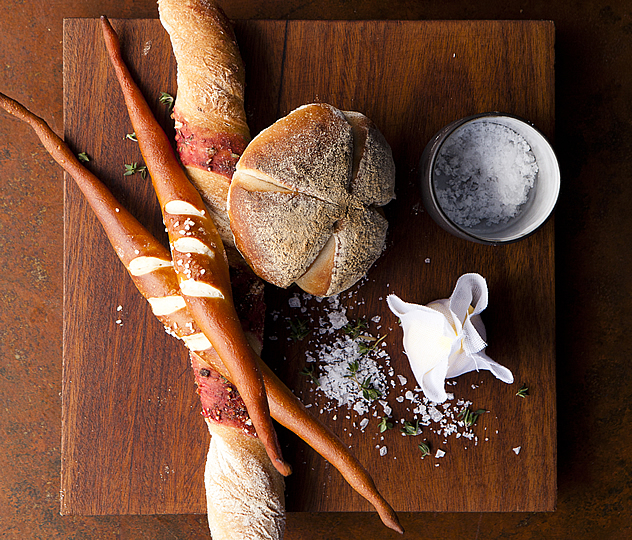 The future of bread

Seeing that toast is so trendy right now, will it follow the dubious path of balsamic reduction, caramel-covered popcorn and flavoured water and pass right back out of fashion again?

An emphatic no, says Matt Repton. “Bakeries that are run by artisans who care will always be popular. People have been baking bread since time immemorial. There is something pure about baking bread – almost biblical. The simple dedication to creating the perfect loaf is a gift that we should never take for granted.”

So put your two hands together (with a slice of bread on each) and say a prayer of thanks. And, before taking another bite, send out a plea that it will remain our comfort and salvation for a long time to come.