In 2019, restaurants contributed approximately R7 billion monthly to the South African economy, employing over 500,000 people. Sadly, over 3,000 eateries have had to shut shop in the aftermath of the COVID-19 pandemic. What is encouraging, however, is that feisty restauranteurs are finding new ways to ensure a steady flow of business. One of these is the “dark kitchen” model.

What is a dark kitchen?

Dark kitchens, also known as delivery kitchens, cloud kitchens, virtual kitchens or ghost kitchens, are essentially virtual restaurants that usually operate several brands from a central location and service customers through online ordering via their websites. They do this while partnering with delivery aggregators, such as Uber Eats or Mr D Food, or their own delivery service to deliver food to customers in the comfort of their homes.

While dark kitchens have existed in South Africa from 2012, the pandemic has accelerated their growth, thanks to lockdown restrictions on social gatherings and liquor sales, coupled with rising rents and shrinking margins that hit the hospitality industry hard. Requiring only a takeaway business license and as little as approximately R100,000 to start operations in a low-rental area in a shared space with kitchen equipment already provided, the dark kitchen model quickly picked up steam. Skeletal staff requirements, a diversified menu offering various cuisines from a centralised kitchen, easy expansion opportunities across the country, no expensive printing of menus or maintenance overheads, and lower food costs mean benefits also accrue to customers who can enjoy high-quality restaurant cuisine at a fraction of the cost at the click of a button, from the comfort of their couch. For restaurateurs, a dark kitchen also allows them to squeeze the most out of their existing staff, storage, ingredients and kitchen space for extra profit. Taking COVID into consideration, contactless delivery and sanitised packaging also makes dark kitchens a safer option.

Some of the most popular dark kitchen proprietors across the country share their recipe for success.

One of the forerunners of the dark kitchen concept in South Africa, Darth Kitchens launched in August 2019 with Silvertree Holdings as a key investor. The brainchild of the co-founder of OrderIn, Heini Booysen, Darth Kitchens was birthed on the idea of building multiple brands operating from a centralised kitchen. Today, Darth Kitchens manages about seven brands including Buddy’s Burgers, Anvil Burger Co, Fluent, Fig and Swan, Ringo’s Pizzeria, Neo Pizzeria, and Fung Ku. Operating from a central location at Orphan Street, Darth Kitchens delivers to Cape Town CBD, Atlantic Seaboard and the Southern Suburbs via Uber Eats and Mr D Food, and is in the process of creating its own delivery app. With ambitious plans to build South Africa’s largest virtual kitchen network, Darth Kitchen’s immediate satellite kitchen expansion is planned for the Northern Suburbs, followed by Johannesburg. 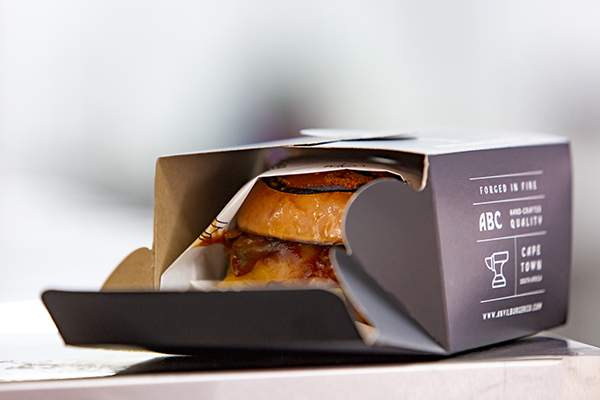 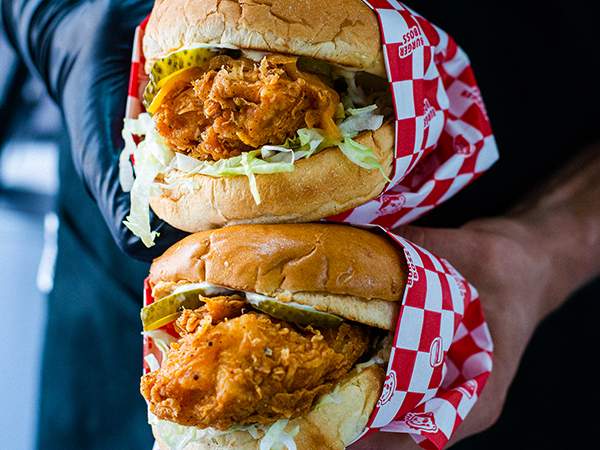 Launched in December 2012 by Daniel and Stefano Di Trapani, Oishi Sushi is not only one of the oldest dark kitchens in South Africa, but also one of the rare ones serving sugar-free sushi using monk fruit, a zero-calorie natural alternative, to lend a delicate, sweet flavour to their sushi rice. Another noteworthy aspect of Oishi Sushi is that they have over 150 staff to adequately cater to each fresh order for preparation and delivery, as opposed to most other dark kitchens, which employ skeletal staff. You can get your Oishi Sushi fix in the Atlantic Seaboard, City Bowl and Southern Suburbs in Cape Town from kitchen locations in each area, as well as the greater Sandton area in Johannesburg from three kitchen locations in Illovo, Bryanston and Fourways. Oishi Sushi is looking to expand to Midrand and Bedfordview in Johannesburg this year and heading into Durban next year. 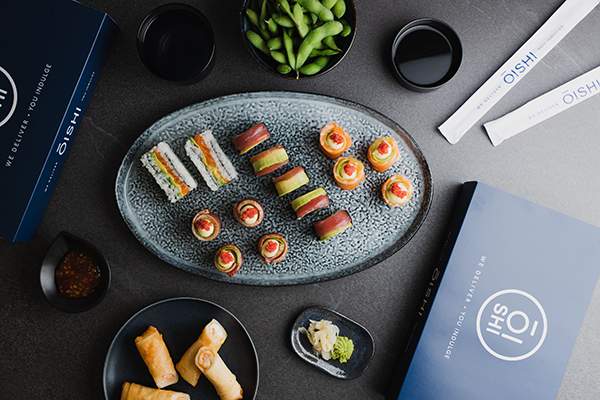 All set to open its (virtual) doors to public on tomorrow, Stickman by FYN is possibly the newest dark kitchen in Cape Town. Led by Peter Tempelhoff, the chef and owner of fine-dining restaurant FYN, Stickman will focus on Japanese yakitori and ramen, operating from a small pop-up kitchen located just below FYN. Delivery will be within a 10km radius of FYN by the staff and Bolt Food and orders can be placed on the website. Talking about how COVID impacted the launch of Stickman by FYN, Tempelhoff’s business partner and executive chef Ashley Moss shared: “About a year ago we had planned to open a small izakaya-style yakitori bar in the CBD, serving the most authentic and respectful yakitori outside of Japan. This was 80% complete when COVID hit and, unfortunately, we had to pull the plug. Instead of letting the dream go, we modified it to suit us, resulting in this, our dark kitchen project.” Moss believes that under the current circumstances, restaurants have to evolve or will be left behind and a dark kitchen is definitely an advantageous model, given the lower costs involved and a far larger customer base.

Dishing up tacos, burritos and all your Mexican favourites, Mexican Food Cartel (MFC) commenced operations in October 2020. MFC is the brainchild of none other than chef Thomas Hughes, the proprietor of Perron and A Streetbar Named Desire, two prominent Joburg restaurants. Hughes also runs Tenders Chicken, which started in January this year and is popular for its buttermilk fried chicken strips, burgers and wings. “COVID deeply impacted my restaurants and since I had spare capacity, I decided to get into the dark kitchen business,” says Hughes. Along with his partners Timothy Sammons and Michael and Luke Hunt of Collective Kitchens (the latter duo also being his landlords providing him the space and kitchen equipment to run the business), Hughes has a team of five chefs who prepare close to 200 orders per day. The brands also run weekly special offers, in conjunction with delivery partners Uber Eats, Mr D Food and FATAFAT. Given the initial success of MFC and Tenders Chicken, Hughes and his partners are in negotiations to open another dark kitchen in Rosebank in Johannesburg. He is also looking at partnering with a frozen meals company to further leverage their dark kitchen facilities. “The dark kitchen model was well established internationally even before COVID and it is here to stay due to the growing trend for people to buy ready meals instead of cooking at home, given the increasing costs of food and the stress of modern life where families work long hours and have little time and energy to shop and cook after a long day’s work,” adds Hughes. 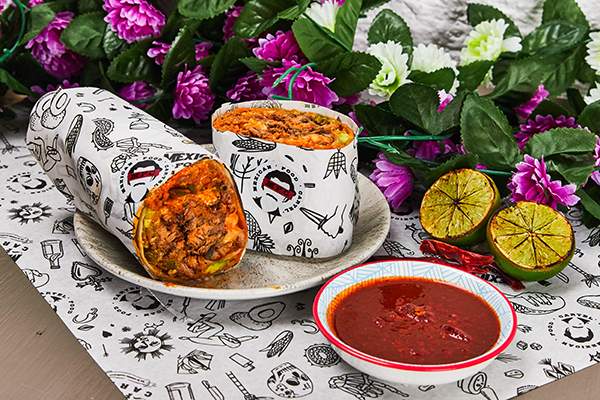 Famous for being the first brand in South Africa to serve a nine-slice pizza, with double baked bases for extra thin crispiness, Larry Hodes opened the The Dark Kitchen in March last year, just 10 days before the first lockdown. He also runs another dark kitchen, Bagel Burger, which specialises in in-house baked New York-style bagels and 28-day matured chuck beef burger patties. Both dark kitchens are run from the basement of Hodes’ Gourmet Grocer in Birdhaven. Given his wide restaurant experience running Arbour Café & Courtyard and erstwhile Voodoo Lily, Hodes was able to earn revenue and keep his staff employed even during the tough lockdowns. Alongside partnering with Uber Eats and Mr D Food, having their own delivery platform in place with staff and equipment from the other restaurant brands has contributed to low overheads and brisk sales. Talking about how COVID has sped up the dark kitchen evolution in South Africa, Hodes says: “I honestly believe that every single restaurant should open a dark kitchen. A restaurant today could easily set up a dark kitchen within a maximum of 10 days from concept creation to delivering to the public. It has definitely saved our business to a large degree and I am looking at adding on a third dark kitchen to my current location, while simultaneously scouting for two other locations as well.” 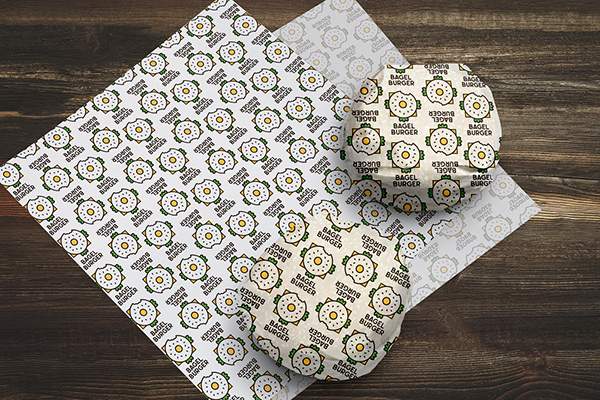 In early 2017, a year after Uber Eats launched in Johannesburg, Bruno Persic, then managing director of Philly Cheesesteak, along with partner Carmin Townsend decided to launch a digital kitchen in collaboration with Uber Eats to enable them to service the Sandton area without the burden of exorbitant retail rentals. The idea developed into what is today Fast Food Network (FFN), which has multiple brands including Philly Cheesesteak Co., FatBoy Burgers, Shwarma Lama, Chickano’s, Bruno’s Pastaria and Whole Greens under its umbrella, with two new brands, Hurry Curry and The Grilled Cheeserie set to debut in in the second half of 2021. FFN witnessed two-fold growth during the pandemic, which helped them to recover from having to shut down several of their brick-and-mortar restaurants. FFN doesn’t have a central kitchen model but scattered production units at various locations around Joburg to ensure lower overheads. It employs four to eight staff per location, with a streamlined distribution system for all the brands. Currently, FFN uses Uber Eats and Mr D Food, along with its own delivery service in a few locations.

Offering Italian, Portuguese, Greek and Mexican fare, the Hot Kitchen began operations on in November last year. The brainchild of former restaurateur Yegan Naidoo, Hot Kitchen is backed by the Reelin Group, which is a BBBEE- LEVEL 1 company. It operates from a central kitchen in Sunningdale, Umhlanga, with eight staff and has its own app for orders as well as deliveries. They also use Uber Eats and Mr D Food to deliver to locations within a 5km radius of the kitchen. Naidoo plans to launch separate brands for all the various cuisines he offers within the next two weeks with special weekly offers and he is also open to offering food production to other brands from his dark kitchen. As far as expansion plans go, Naidoo is looking to open another dark kitchen in Morningside, Durban in June this year and then a third one in Pietermaritzburg, after which he is looking for franchisees for kitchen locations in Bedfordview, Bryanston and Sandton in Johannesburg. On how COVID has positively impacted Hot Kitchen, Naidoo says: “While January and February are usually quiet months in the restaurant business, due to the lockdown, these last two months have seen Hot Kitchen flourish with many more people ordering takeaways. With around 250 new customers on average per week spending about R250 per order at Hot Kitchen, I can safely say that a dark kitchen is the best way for restaurateurs to beat COVID, promising restaurant quality food at much lower prices.” 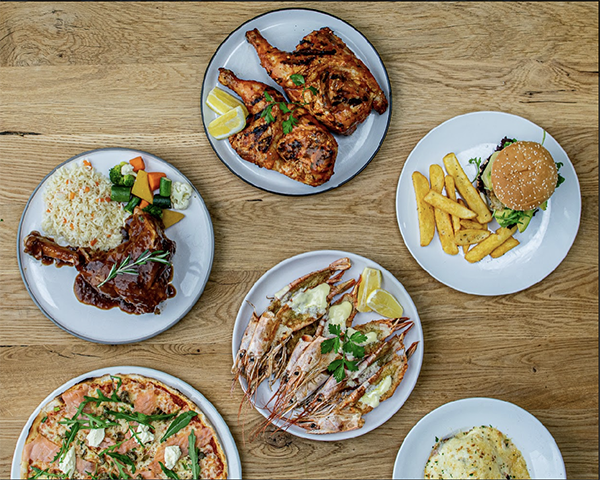 According to research firm Statista, the restaurant delivery market in South Africa will grow by more than 9% a year and is set to become a R10 billion business by 2024, while the value of food bought online in the country along with delivery fees is expected to reach US$726 million by 2023. That said, dark kitchens may never fully replace brick-and-mortar restaurants but, in the future, it is clear that both will co-exist as different dining models.