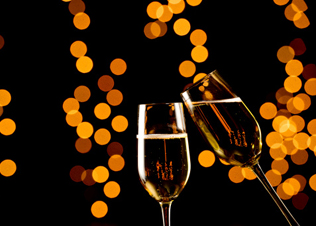 The points were tallied up, the judges’ scorecards audited, and on 8 October we announced the nominees for the The Eat Out DStv Food Network Restaurant Awards.

Here they are, in alphabetical order:

The Kitchen at Maison

The Restaurant at Waterkloof

Aileen Lamb, General Manager of Eat Out, said, “We’re confident in our new approach to the judging process and the subsequent audit of the results. In the interest of transparency, which has been our focus from the outset, we will make the scores available to all the nominees.” The identity of this year’s judges, who worked alongside editor of Eat Out and chief judge Abigail Donnelly to determine the winners, will also be announced at the awards event.

Said Donnelly of the nominees, “This year we have definitely seen a bit of a shake-up. There are some new additions to the list, as well as the consistently great restaurants that continually push boundaries through innovation.”

As for the atmosphere in the judged restaurants, Donnelly says a polished yet casual scene has emerged. “High quality food is being served to diners who are encouraged to be comfortable and relaxed.” Ultimately, however, it’s the food that counts. “Taste is the emotional component of a dish, making it the most vital element. The scorecards show which restaurants excel in flavour and not just the fussy stuff. Many of our native ingredients have been celebrated, making them the future of South African food,” Donnelly concluded.

Follow @Eat_Out on Twitter to join the conversation and see live updates on the night (#eatoutawards #DStvfood) and like the Eat Out Facebook page. The Eat Out magazine 2014 will be available at the end of November.