British chef Neil Rankin in SA: what he ate and why he’s coming back 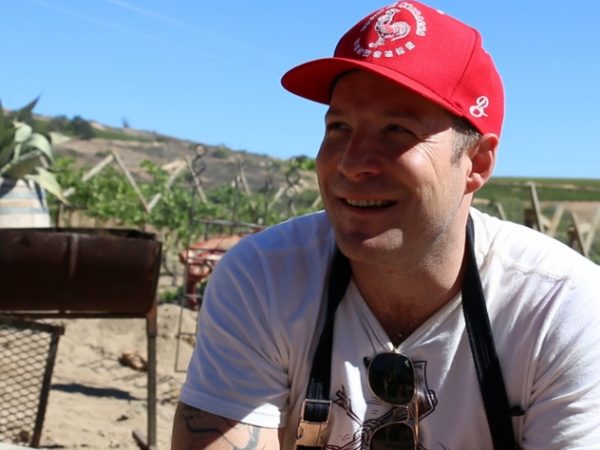 Convivium, the annual celebration of the local food and wine industry, was started by Andy Fenner (of Frankie Fenner Meat Merchants) and Wesley Randles (of The Shortmarket Club) as a simple way of uniting a relatively small industry. It’s grown to include everyone involved in the trade, from foragers and distillers to chefs and winemakers. This year, along with the stellar local role call, the organisers managed to secure London-based Neil Rankin as one of the headlining chefs. In the sweltering Swartland sun, on Adi Badenhorst’s farm in Kalmoesfontein, Jess Spiro sits down with Neil Rankin to find out why he came all the way to SA, what he’s eaten here, and why he’ll be coming back.

So who is Neil Rankin?

As the head chef and co-owner of Temper in London, Neil is touted as one of the major pioneers of the barbecue scene in London. While this style of cooking is predominantly meat-based, Neil is also something of a contradiction. A quick scroll through his restaurant menus will show a lot of meaty dishes, but Neil is actually on a mission to encourage people to eat less meat. 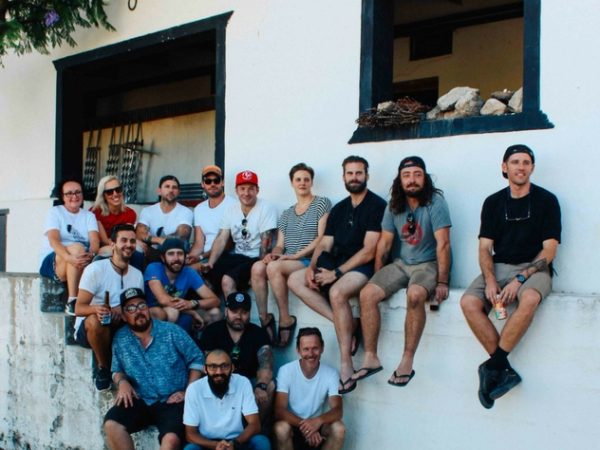 The participating chefs and producers. Photo by Xander Venturas.

“Meat is a luxury and should be treated that way,” he explains, which is a big part of his ethos. He believes in treating all ingredients with respect, so at Temper he gets in one cow a week and uses every scrap of it. He explains that our obsession with meat and the high demand for it places pressure on farmers to rear their animals in inhumane ways, which is both cruel and results in meat of poor quality.

If all of this is sounding familiar, it’s because it’s an idea that Andy Fenner, in particular, has been promoting for a while now. ‘Eat proper meat’ is a concept that his sustainable butchery is founded on, which has extended to the overall ethos of Convivium. This alone could’ve attracted Neil but, he says, it was also the smaller, more intimate element of the event that attracted him. As a regular at large-scale events such as Meatopia in London, where there are thousands of visitors, Neil says that he liked the smaller aspect of Convivium. “It’s a little bit more personal. You get to speak to people and you’re able to cook things a little bit better.”

Another factor to his persuasion was the charitable one. At its core, Convivium is a non-profit event that looks to give all proceeds of the day back to the food industry. Now more than ever there is a need to ensure sustainability of the people who work in food. Neil agrees with the importance of this, having worked during the time of 18-hour days. He wants cooking and being a chef to be recognised as a long-term career, not just something people do for 10 years before burning out and leaving the industry entirely. As we treat ingredients with respect, so we must ensure the people cooking with these ingredients are treated with the same respect. (He made the news in October last year for a Facebook post criticising Gordon Ramsay’s television shows, which he says glorified kitchen abuse.)

So what did he think of our food?

Having never been to South Africa before, Rankin says he was blown away by how beautiful everything is, as well as how good the food and wine have been. In his short stay in the country, he managed to use his time well. From staying and eating at Boschendal, to lunches at Chef’s Warehouse at Beau Constantia and Jordan, and dinners at The Shortmarket Club and La Tête, he has ticked off a number of the country’s best restaurants. In between all that eating and drinking, he also managed to take in his surroundings. “I didn’t realise how beautiful it is out here,” Rankin professes. 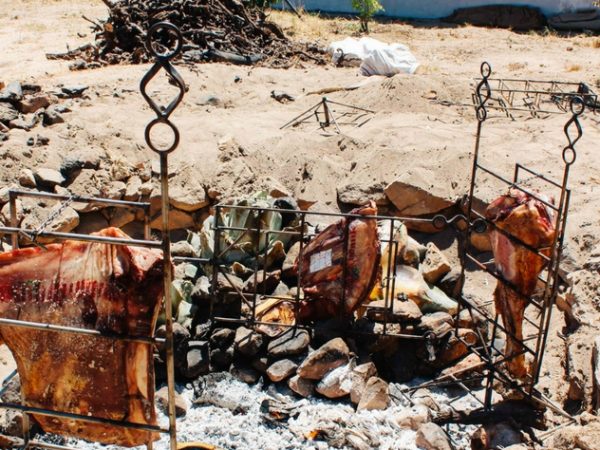 Impala cooked in a Mezcal pit. Photo by Xander Venturas.

As a barbecue lover, what does he think of a good old braai? “It’s fun,” he says. “It’s the tail end of fine dining where everything is in little sous vide bags; that’s boring.” He may have cut his teeth at some of the UK’s finest establishments, but he’s still able to produce incredible barbecued food with character, heart and flavour. He was stationed with fellow food heavy-hitters Giles Edwards and PJ Vadas, of La Tête and Hoghouse Brewing Company respectively, as they cooked water buffalo in a mezcal pit in various ways.

And will he be back?

After two days on a farm in the Swartland, cooking alongside the country’s best chefs and producers, Neil’s been impressed by SA. “I would definitely come back,” he says, and is surprised that more isn’t said internationally about the country, especially our wines.

With Convivium growing and evolving at the rate it is, we can only hope to see Neil and other like-minded chefs making the pilgrimage a lot more often.