As you may have heard, the highly anticipated weekend-long S.Pellegrino Young Chef competition took place on 12 and 13 May in Milan, Italy. 21 talented young chefs from all over the world showcased their culinary prowess and creativity in a nail-biting finale, where South Africa’s very own Vusumuzi Ndlovu, who heads up the kitchen at Marabi Jazz Club, produced a stellar dish that ultimately nabbed him a spot in the top 7. That dish was ‘Isicupho’, which was inspired by his childhood. 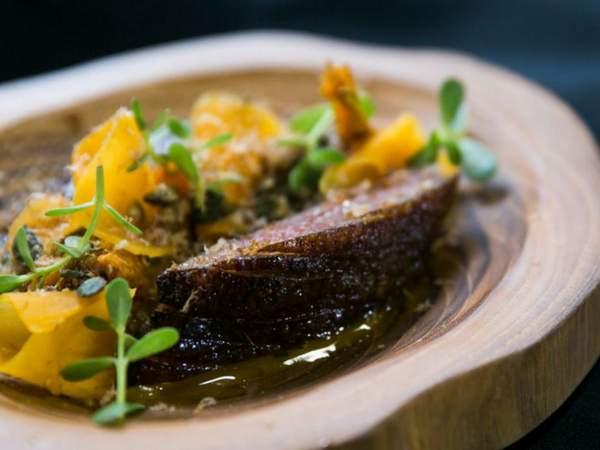 We spoke to Vusi moments after the final results were announced, when he told us, “This is amazing! I am so happy to be one of the top seven chefs in the world! It’s a first for South Africa and for Africa and it’s incredible to be alongside such amazing chefs!”

Chef Vusi, who competed under the guidance and mentorship of DW Eleven-13’s Marthinus Ferreira, poured his passion onto the plate and wowed the seven highly respected judges with his signature dish ‘Isicupho’. The dish is based on his childhood memories and comprises aged duck, grains, and variations of pumpkin, alongside South African flavours of buchu and duck biltong. At last night’s awards, he was shortlisted by the seven sages to be included in the top 7. From there a final three was picked, after which the winner was ultimately announced. The top spot went to Yasuhiro Fujio from Japan.

We’re looking forward to seeing what Vusi does next – he’s already got his eye on next year’s competition: “I’ll definitely be back again next year to try to take that title!”

Congratulations, Vusi! We couldn’t be prouder!