The most stylish restaurant in SA for 2017

In the bustling city, most restaurants are designed to stand out and grab your attention. Not so for Fermier, the winner of the 2017 Eat Out Style Award, which was intended to be unobtrusive and blend into its forest-like surroundings at the Karoo Yard in Pretoria. Its focus? That most stylish of design principles: sustainability. 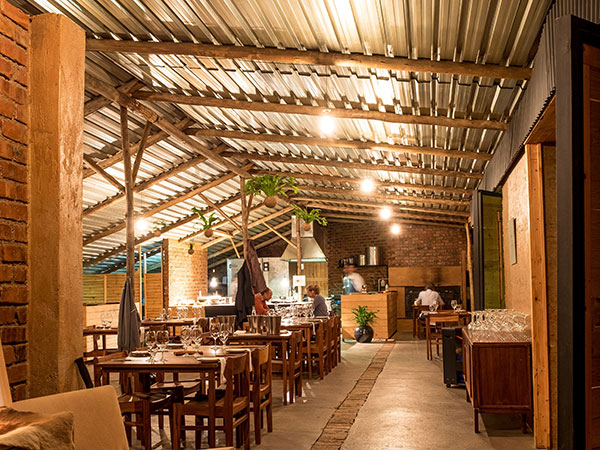 Chef Adriaan Maree opened Fermier Restaurant in February 2016 in an attempt to create a more sustainable model for a restaurant. Much of the produce is grown on the farm – even the fish, which are farmed there. The building too, takes its cue from sustainability. 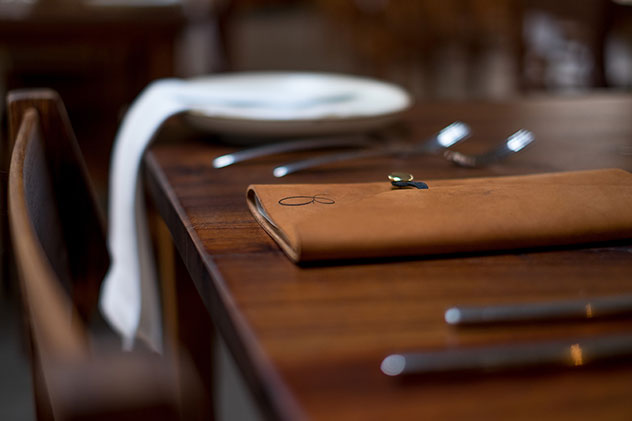 The earth walls were made from soil excavated for fish dams; doors were fashioned from repurposed wood; and fireplace flues run underneath the floor to keep the space warm in winter. While rustic, the overall feeling is unified, calm and harmonious, with a simple open kitchen. This understated simplicity puts the artfully plated food at the forefront. 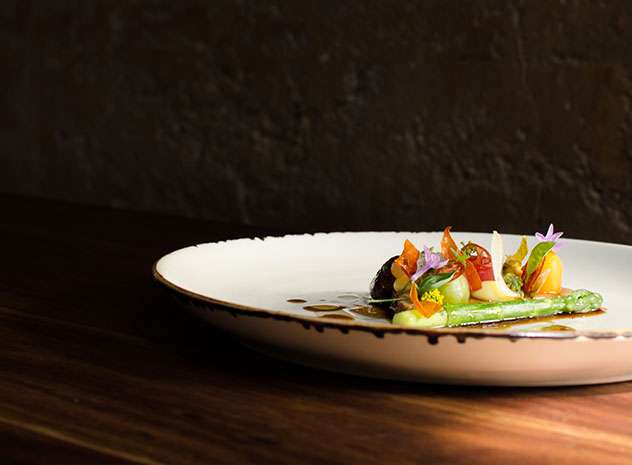 The pared down interior allows the food to take centre stage. Photo supplied. 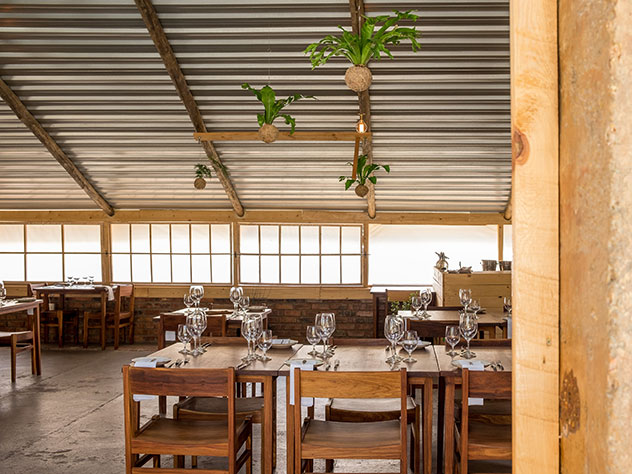 Says head judge Abigail Donnelly: “This wooden structure on a farm area in Pretoria is so simple but very stylish. The only bit of glamour is Persian rugs. It’s rustic, bare and beautiful.” 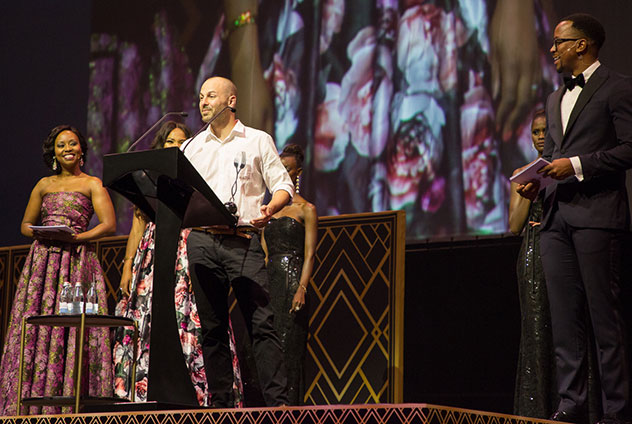 Adriaan Maree accepting the award at the Eat Out Mercedes-Benz Restaurant Awards. Photo by Shavan Rahim.

Speaking backstage, after accepting the award, chef Adriaan said he was taken aback. “It all started with functionality –a solar heater for the roof, building fireplaces, and inside them, making sure we heat the water for the fish; making sure that nothing goes to waste. So style was always secondary, but that it came together like this is testament to John’s design [du Raan, the architect]. We used rammed earth walls – we didn’t want to waste anything, so the walls were made of the soil we excavated from the fish tank. So it’s always been sustainability and functionality first – and then style. 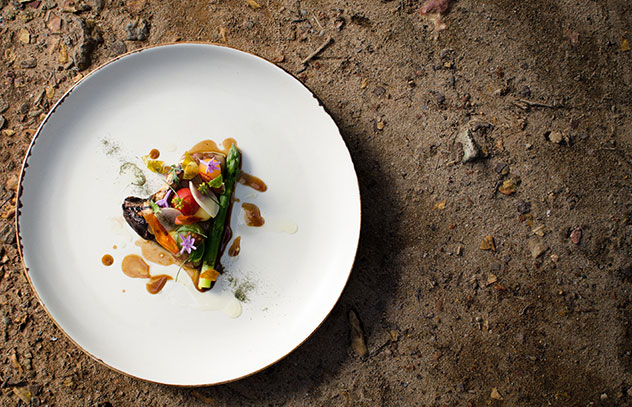 One of the dishes on offer on the nine-course menu at Fermier. Photo supplied.

Fermier Restaurant was also nominated for the 2017 Top 10. Read the full review here.