The young man and the sea 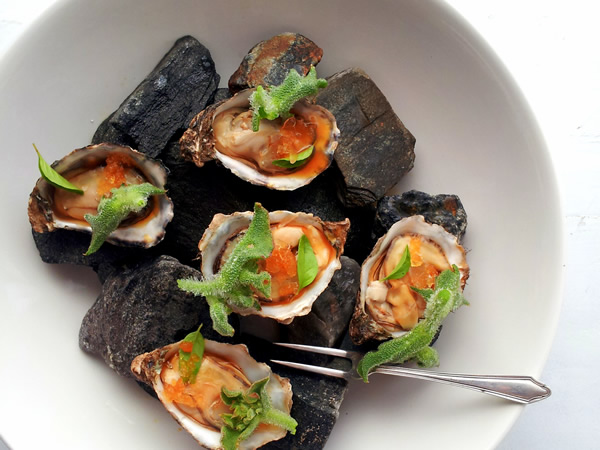 In this series of columns exclusive to Eat Out, acclaimed magazine editor and 2014 Eat Out Mercedes-Benz Restaurant Awards judge Kate Wilson tells the tales of her latest food escapades.

The first time I ate at Oep Ve Koep I was smitten.

I loved the unexpectedness of it: the fact that it’s a corner stolen from Die Winkel op Paternoster spilling out onto a stoep decorated with found objects. I loved my first encounter with its foraging chef, Kobus, who wears a man-bun and a permanently hopeful expression. I loved the West-Coast-sourced wine selection; I loved the fact that a basket of still-warm “ash” bread arrived halfway through the meal. And I loved the food.

I ate there during my stint on the Eat Out judging panel last year. Oep Ve Koep didn’t make the Top 20 because it isn’t in the same category as other fine-dining restaurants. It’s in a category of its own. Also, I think the judges were in silent agreement: no one wanted to alert the masses. Especially when the masses might include Graham Norton or Pete from Mad Men. (If you are Pete from Mad Men, stop reading now.) 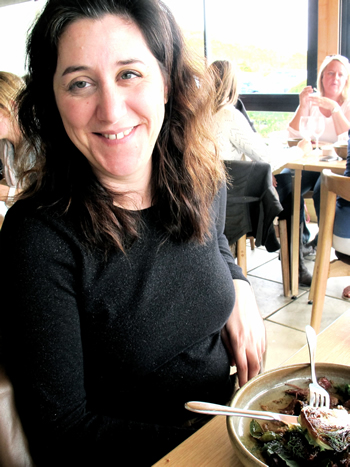 It was one of those overcast West Coast weekends that are ideal for beach-walking in the drizzle. We counted 17 dead rock lobsters on the shoreline. Conditions were optimal for staring out to sea and imagining you look like The French Lieutenant’s Woman even though you’re wearing a Trenery parka.

I took my mother and my sister with me and briefed them to prepare for greatness. I explained that Kobus was a forager and they would be tasting things they’d never tasted before. They ignored me.

I was right, though. I ordered Kobus’s signature pickled angelfish with citrus segments served on a single, crisp ice-plant leaf. Unfortunately, I’d never seen a crisp ice-plant leaf before and didn’t realise I was supposed to treat it like a lettuce wrap and eat it. I won’t make that mistake again. #Mortified

The Mother had mussels in a smoky yellowtail broth with tiny purple sage flowers, while the Intrepid Sister and I ordered rock lobster – its shell the colour of French rosé, served in a bowl of tomato consommé with foraged greens and a hint of curry. My sister earned the label “intrepid” by being prepared to try most things when we’ve travelled together. At age 19 she order grenouilles at a crazy-expensive French restaurant in New York, so choosing the springbok with chopped limpets (klipmossels) was not a stretch. 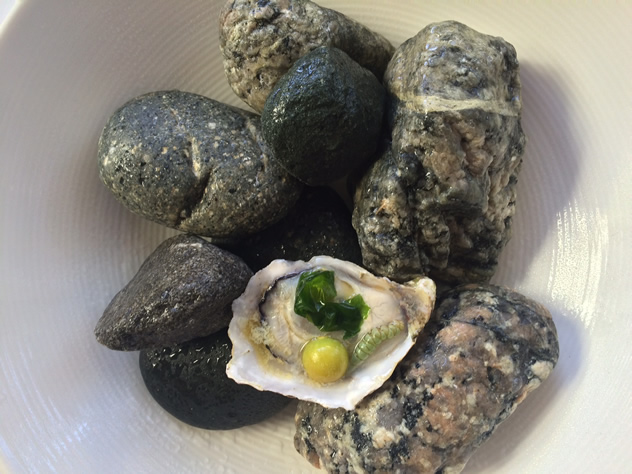 Kobus served the food and recommended wines himself, with his customary quiet gravitas, appearing soundlessly from behind the corrugated wall with plate after plate of lovingly sourced ingredients. Talking to him made me feel like the coolest person on the stoep.

At the height of my coolness, the Mother struck up a conversation with Kobus. Motioning offhandedly to the garden which features an abandoned, weed-filled wooden boat, she asked: “Is that all your foraging stuff back there?”

“Uh no,” Kobus said quietly, “I usually forage at the shoreline and in the dunes. There is some wild garlic growing there though.” #MortifiedPart2

The second time I ate at Oep Ve Koep I took a German friend who was looking for a story to shoot. I talked up the place and made a reservation, telling him to prepare for an extraordinary meal. He ignored me too. 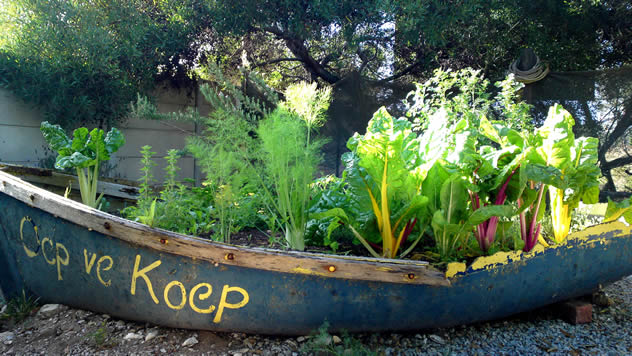 The boat garden at Oep ve Koep. Photo courtesy of the restaurant.

First off, The German refused to eat the oyster amuse-bouche. OK, so it was served with a something which bore a startling resemblance to a nightcrawler, but it was obviously “sea asparagus”. He wasn’t bowled over by the mussels either, but perked up when Kobus brought us some fynbos-infused Vermouth. He drank quite a lot of it.

The next course was the pickled fish served with smoked tomato on an ice-plant leaf. I smugly pointed out that the leaf was edible. The German had a bite, was uncharacteristically quiet for a moment, and then said: “These tastes… I have never had them before.” Eureka.

The next dish would have been challenging even for the most educated palates not raised on Strandveld food. It was maasbanker bokkoms with poached quince and seaweed “tagliatelle”. At this point I should mention that Oep Ve Koep only serves a set menu. Kobus appeared soundlessly from behind the corrugated wall and explained that as the bokkoms were very salty we should eat the fish with some of the quince and the seaweed in the same mouthful. 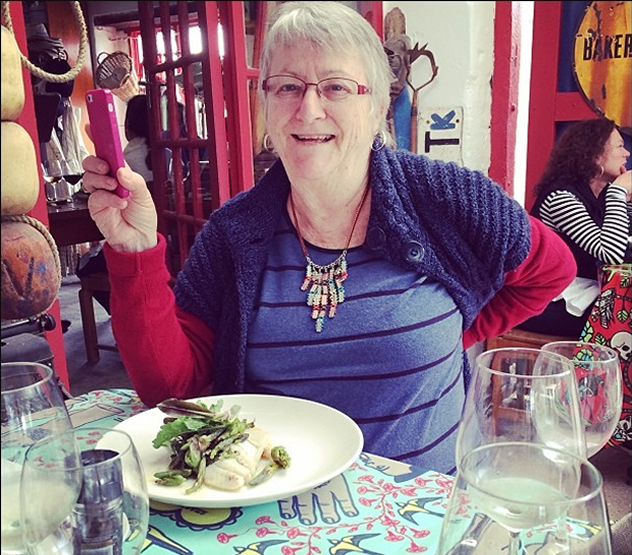 The Mother with her dish at Oep Ve Koep. Photo courtesy of Kate Wilson.

The German shot me a murderous look, assembled a forkful and put it in his mouth, gingerly. Then he closed his eyes. Anyone watching would have assumed he was savouring the flavour, but I knew he was supressing the urge to reach across the table and stab me in the throat before dumping my body along the R27 on the way home. Turns out The German is not a fan of bokkoms.

After eating a little more he looked up at me, eyes watering and said: “Uh, this is a bit like swimming to Robben Island with your mouth open.”

Oep Ve Koep – it’s not for everyone.