For most food fans, having a meal at one of the country’s finest restaurants is months in the planning – from reading reviews and devouring menus online to securing a reservation and saving to afford the bill. But for the kitchen staff and chefs, eating in these hallowed halls is an everyday occurrence. We decided to ask them what we’re all thinking: is it foie gras all the time? Insiders at eight of SA’s great restaurants give us the behind-the-scenes scoop on staff dinners.

Time is of the essence

While many of the restaurants below were nominees for the 2013 Eat Out DStv Food Network Top 10, it might surprise you to learn that their suppers run the gamut from classical French dishes to pizza. In fact, the only golden thread tying all their staff meals together is brevity: there’s never enough time. 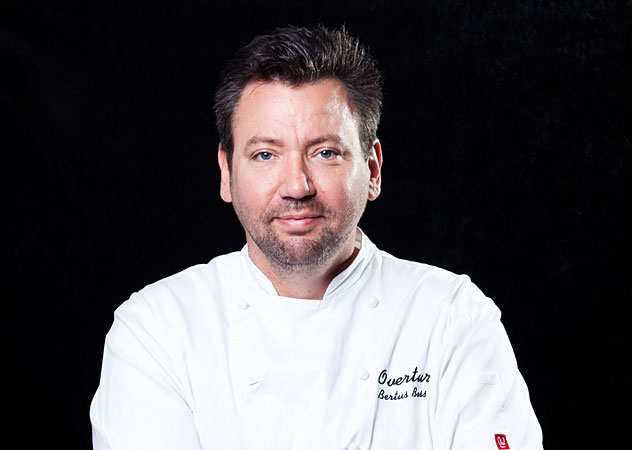 The head chef at The Restaurant at Waterkloof, Gregory Czarnecki, says the cliché image you have in your mind is spot on. “All kitchens in the world are the same. We don’t really have time or room to eat; we just grab food and eat it where we can, and typically that’s on an upside down bucket or on a crate, in a rush.”

Angelo dos Santos, the general manager of The Local Grill in Parktown North, says the nature of the industry means that staff don’t often get to sit down with their families to enjoy a meal. Instead, they “adopt the restaurant family” and make a point of breaking bread together, even when short on time. Staff take turns to cook, and usually keep it simple and wholesome, using beef (naturally), like grilled chuck and brisket with sides of salads or starch. 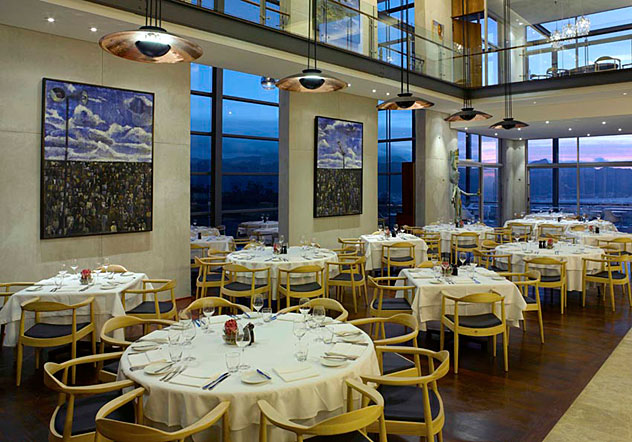 The interior at the Restaurant at Waterkloof. Photo courtesy of the restaurant.

Despite the lack of time, having a chance to eat and get sustenance for the hard shift ahead is still important to endurance athlete chefs. Marthinus Ferreira, owner and chef at DW Eleven-13, says, “It’s very important to feed the staff. If you don’t, what you get is a lot of picky fingers in your mise en place!”

Tokara’s Richard Carstens describes their staff food as meat-centric, including boerewors and vetkoek with curried mince. For Sunday lunch, though, the Tokara team tucks into roast chicken with all the trimmings. Overture’s Bertus says his staff dinners are usually one-pot wonders, like soup, pasta and salads. “We also dig sarmies, fish and chips, and fish-finger sandwiches.” (It’s reassuring to know that top chefs also have their shameful food pleasures!) 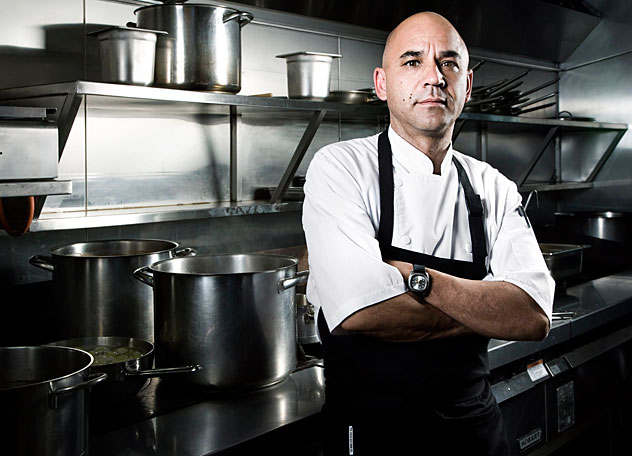 Andrea Burgener, chef at Eat Out’s Best Bistro for 2013, The Leopard, told us her kitchen staff usually make a wok-fry meal in “home supper style”, which might be vegetable or meat based, with mielie meal or rice. “They take turns to prepare it, with much sighing and arguing about who will have to cook,” she jokes. Her front staff are usually given a rice cooker full of rice, plus a tray of condiments – chilli, sesame oil, spring onion and so on – when it’s busy. During quieter times, the kitchen cooks items from the menu for them. “We usually eat sitting down, but in shifts. I don’t like anyone standing and eating while they’re busy prepping!”

Riaan Mol, the restaurant manager at Jordan Restaurant, says dinner usually falls to the chef with the least to set up for service, and that meals are never the same because they rely on whatever’s available in the kitchen. “Our menu changes daily, which gives our chefs the ability to create new dishes as they go,” he says.  “It’s a very creative environment, but [with] lots of work to be done.”

And although the team at Planet could take advantage of a full-service canteen in the hotel, chef Rudi says his staff would rather experiment than resort to canteen food. He adds: “Chefs will eat almost anything, but for some reason most do not like eating healthy. They love pies and burgers, toasted sandwiches and wraps. And they love stealing my avocados!” (We understand why.) 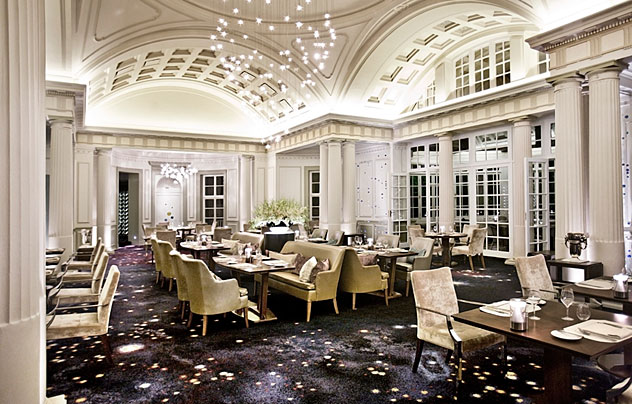 Back to the basics

At Waterkloof, chef Gregory encourages his staff to use the time to learn, while using the off-cuts to keep costs down. “We often use recipes from what I call the bible – Larousse Gastronomique – and I just pick them based on the meat that we have. I want them to learn the classical ways of cooking and techniques.”

He takes a practical approach: “The whole point for me is to train staff. They serve me first and it has to be nicely plated. I tell them, ‘You must respect your own stomach first before you can cook for our customers’.”

Have you worked in a kitchen before? Let us know about your staff meals in the comments below.